Canadian Surge. The 84-hour NAM model shows the first significant shot of the winter season pushing a band of showers and T-storms across the Upper Midwest Monday – reaching New England and much of the east coast by Tuesday. Patchy frost is possible by midweek across the Great Lakes. An even colder shot arrives by the end of the week. Model data: NOAA.

News of a “Temperature Correction” on the way:

Frosty Possibilities. It seems hard to comprehend, with temperatures forecast to top 80 again today, but there is a very good chance of a frost for much of the metro by early next week, coming roughly 1-2 weeks ahead of schedule. Here’s more information from Planalytics:

“Starting on Tuesday, consumers east of the Rockies will be reaching for a fleece jacket during the day and an extra blanket overnight.  While some areas enjoyed cooler overnight conditions this week, next Tuesday and Wednesday (September 18th & 19th) is expected to bring a 25 to 30°F decrease for both day time and overnight temperatures compared to recent weeks across the Northern Plains and Western Great Lakes.  Frost is likely across these regions, including the major population areas of Minneapolis, Green Bay, Madison, and Milwaukee.” 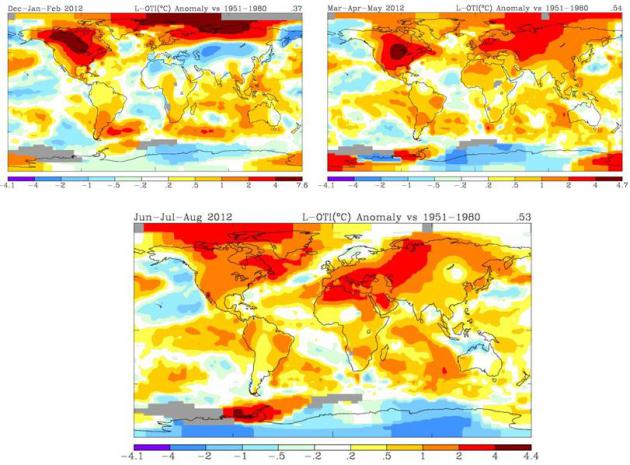 2012: Global Warming. I run into a fair number of people who tell me “Paul, yes, the USA had a very hot summer. So what? The rest of the world has been unusually chilly so it all cancels out.” Really? The global data set doesn’t support that statement. NASA data (above) shows global temperatures anomalies since December, 2011. The upper left graphic shows December – February temperature trends, showing intense warming over North America and far northern latitudes, but a cool bias for portions of Asia. Spring anomalies (upper right) show a fairly uniform warming over most of the planet, the same with summer anomalies (bottom map) – average summer temperatures 3-5 F. warmer than the long-term average for Canada, North Africa and a big chunk of Asia. The data is the data, and the maps above reflect trends seen not just since December of 2011, but since the mid-80s. 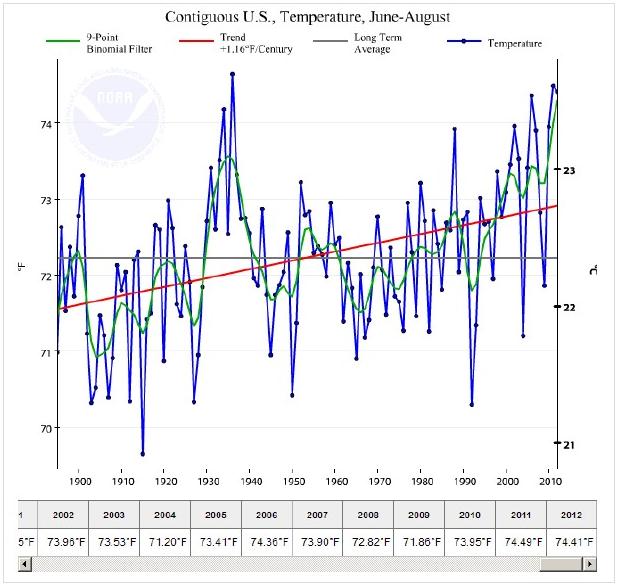 Summer Of 2012: Just Hot Or Did We Do It? WJLA-TV meteorologist Bob Ryan does a good job of sorting out the (global) trends from land-use issues and “normal” variations in temperature in this important post; here’s an excerpt: “…The long term trend is clear, but the year to year variability is also clear.  I deal with probabilities so I’ll go out on a limb and say I think it is unlikely next summer in Washington will be our 4th really hot summer in a row.  Then to answer the question in my title.  Did “we” make the past summer as hot as it was?   I think the answer is no . . . but we sure helped make it hotter than average and our footprints of a warmer world, probably a warmer DC area in the coming decades are clearer and clearer all the time.  Some of my colleagues don’t agree.  I look forward to their blogs on climate and if there is a human “footprint” on our environment, climate and weather patterns.” 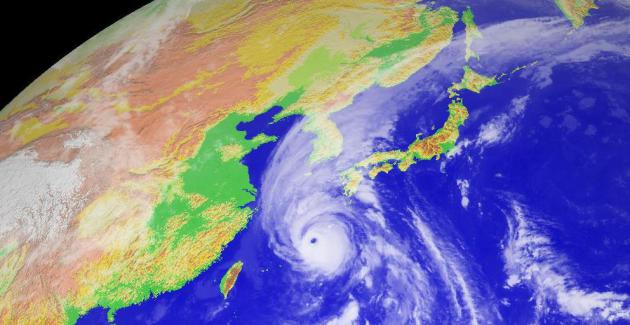 Typhoon “Sanba” Expected To hit Okinawa, South Korea. Huffington Post has details on one of the most powerful typhoons witnessed in the western Pacific in recent years: “On Friday, Sanba was a super typhoon with winds up to 155 mph. Sanba’s cone of landfall has cut a path through Japan’s Okinawa and the Asian mainland, NPR reports. The outlet cited military personnel website Stars and Stripes’ Dave Ornaeur, who said:

“The bad news: I have never, in all my years of following tropical cyclones, seen a storm this intense here in the Pacific. Super Typhoon Sanba is peaking in intensity at 155 knots, or 178.25 mph, today along with gusts near 220 mph (!!!) – a Category 5-equivalent typhoon on the Saffir-Simpson Scale – and will remain close to that for next day or so.” 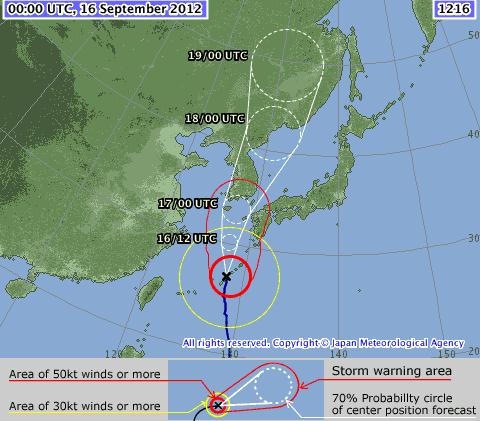 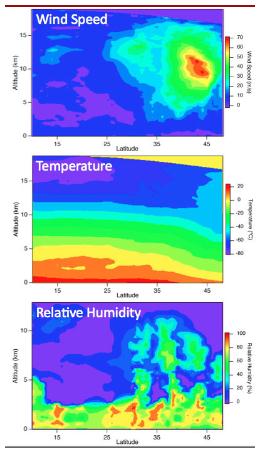 Getting The Drop On Storms. Hurricane Hunter aircraft drop highly-sensitive weather instruments into hurricanes; these “dropsondes” send back a real-time stream of information that bolsters the high-resolution computer models hurricane forecasters rely on to get a handle on these massive, Texas-size storms. Here’s a great explanation of how these instruments work in a post at NCAR’s AtmosNews: “Whenever NOAA’s National Hurricane Center (NHC) warns millions of coastal residents about a potential storm, one of the tools backing up the decision is a small and highly sophisticated instrument package developed at NCAR. Dozens of these packages, known as dropsondes, are released at high altitudes by “hurricane hunter” aircraft to transmit data on temperature, pressure, humidity, and wind while descending by parachute through tropical storms and hurricanes. Equipped with GPS technology to pinpoint atmospheric conditions by location, the dropsondes have led to an average 10–20% improvement in track forecasts for the critical 48-hour window in which hurricane watches and warnings are issued, according to the NHC. Those warnings are estimated to save an average of about 200 lives yearly.”