A Sluggish Thaw. With all the snow on the ground I guess we should be hoping for a slow-motion thaw, and that’s exactly what we’ll get later this week. The solid red line marks the 32F isotherm, pushing north Wednesday and Thursday. All that snow and ice in your yard will melt. Give it a month or two. 2 meter NAM temperature forecast courtesy of NAM and Ham Weather. 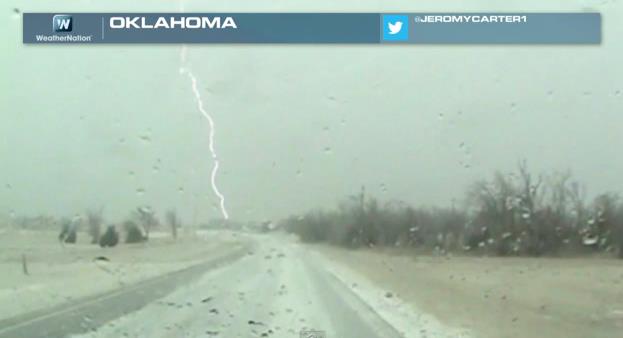 Serious Weather Whiplash. Cloud to ground lightning during heavy snow and sleet – in Oklahoma? The maps have been looking like early February, not early March, with cold and snow pushing as far south as Texas. From drought in the west to a parade of storms east of the Rockies, record warmth in Las Vegas to 73″ snow in Chicago (43″ above average, to date) the extremes have been even more extreme. That’s the topic of today’s edition of Climate Matters: “WeatherNationTV Chief Meteorologist Paul Douglas goes over the two very different winters that the United States saw this year. While the Eastern half of the US saw well above average snow and bone chilling cold, folks in Las Vegas enjoyed the warmest winter on record! Talk about weather whiplash!“ 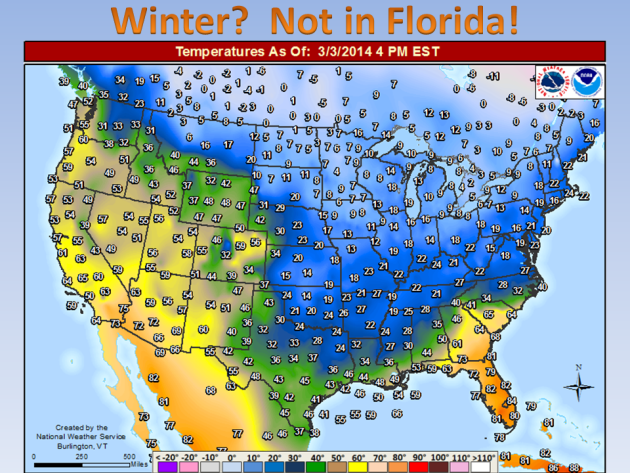 What March? Here’s a good excuse to consider Florida – although I hate it when they get smug and start to gloat. Wait until summer-sauna and hurricane season, eh? Map above: NOAA.

Preliminary Snow/Ice Totals. The map above is courtesy of NOAA, showing snow and ice totals from 7 AM March 1 to 7 AM March 3. Much of the Ohio and Middle Mississippi River Valley picked up .25 to .50″ of glaze ice. 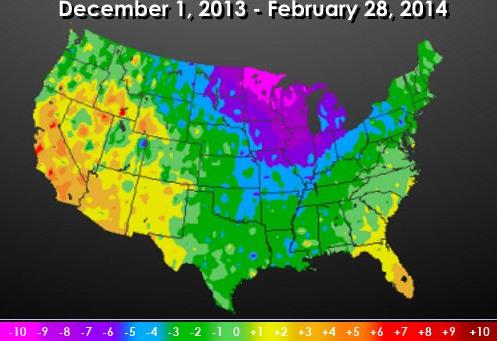 National Temperature Departures During Meteorological Winter. All those locations in green, blue and purple experienced colder than average temperatures from December thru February (no kidding). Only the far southeastern USA and much of the southwest was warmer than average. Map: University of Nebraska, HPRCC and Larry Cosgrove’s WEATHERamerica newsletter. 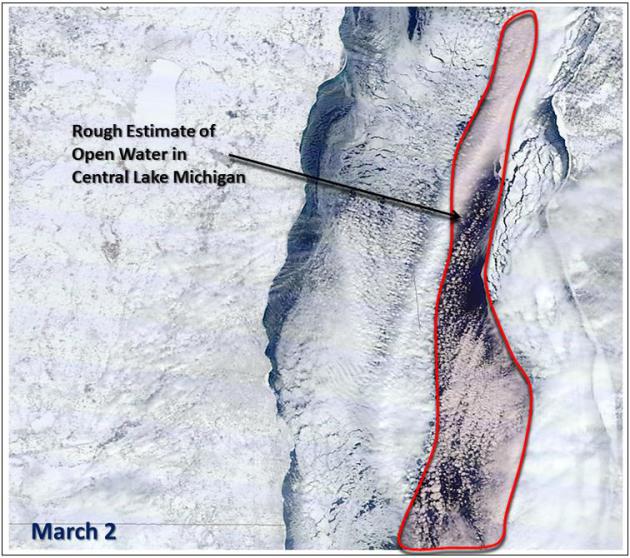 Lake Michigan Is 90% Ice-Covered. That compares with a maximum ice cover of 20% last winter. Map above and more details from the Milwaukee office of the National Weather Service. 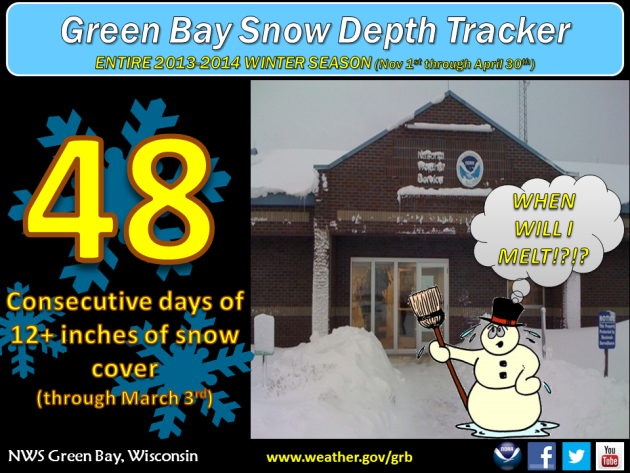 No Green In Green Bay. In fact, according to NOAA, it’s the third longest streak with a foot of snow or more on the ground at KGRB. 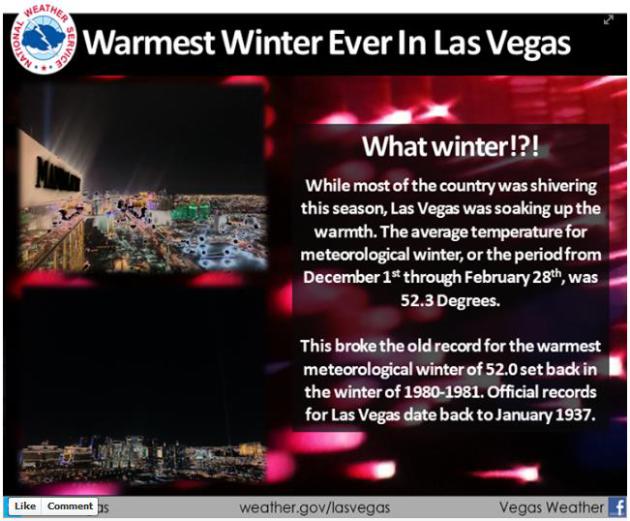 Warmest Meteorological Winter on Record in Las Vegas. Welcome to the Winter of All or Nothing, at least in terms of warmth. Details from NOAA. 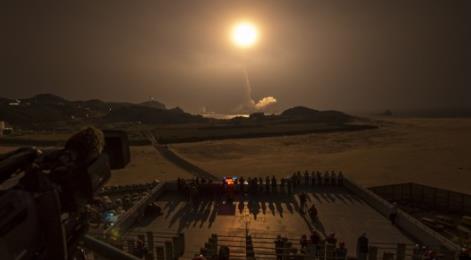 GPM Weather Observatory Successfully Launched. Gizmag has more details on a new weather and climate platform just launched into low orbit; here’s an excerpt: “…A joint mission between NASA and the Japan Aerospace Exploration Agency (JAXA), the Global Precipitation Measurement (GPM) Core Observatory is a 4-ton spacecraft (and the largest spacecraft ever built at NASA’s Goddard Space Flight Center) that will join a constellation of existing and future spacecraft to provide detailed information on the Earth’s weather and climate cycles by mapping global precipitation every three hours…”Photo credit above: “The GPM Core Observatory is launched aboard a Japanese H-IIA rocket from the Tanegashima Space Center last week.” (Photo: NASA/Bill Ingalls). 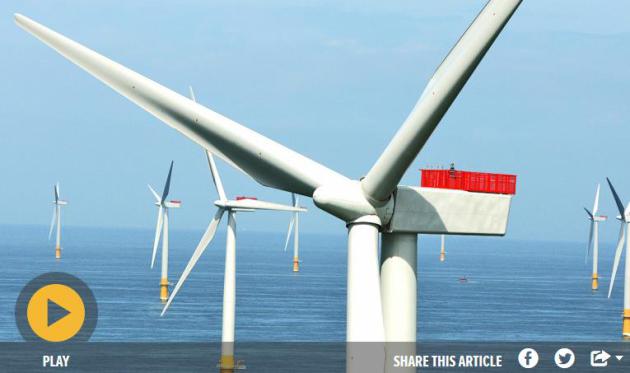 Tame Hurricanes With Offshore Wind Farms. You’d need a lot of turbines to blunt the raw power of a major hurricane, but this idea may not be as far-fetched as it sounds. Here’s an excerpt of a Stanford University study from futurity.org: “Computer simulations show that offshore wind farms with thousands of turbines could have sapped the power of three real-life hurricanes, significantly decreasing their winds and accompanying storm surge, and possibly preventing billions of dollars in damages. For the past 24 years, Mark Z. Jacobson, professor of civil and environmental engineering at Stanford University, has been developing a complex computer model to study air pollution, energy, weather, and climate. A recent application of the model has been to simulate the development of hurricanes. Another has been to determine how much energy wind turbines can extract from global wind currents…”Photo credit above: “Wind turbines could potentially disrupt a hurricane enough to reduce peak wind speeds by up to 92 mph and decrease storm surge by up to 79 percent.” (Credit: Department of Energy and Climate Change/Flickr) 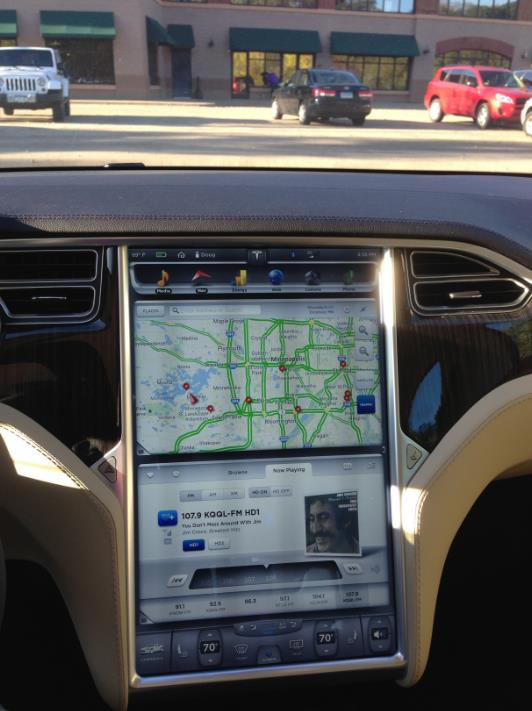 Why Apple Could Win Big With Tesla’s Giant New Battery Factory. Wired has the article; here’s an excerpt: “…This week, years after that first sighting, Tesla announced plans for what it calls the “Gigafactory,” a 10-million-square-foot plant for making car batteries. The company hopes that the sheer scale of the operation, combined with the inventiveness of its engineers, will bring battery prices down far enough to finally bring its electric cars into the mainstream. But it’s not just the prospect of a gasoline-free future that has sparked such excitement about the Gigafactory. The same basic lithium-ion tech that fuels Tesla’s cars also runs most of today’s other mobile gadgets, large and small. If Tesla really produces batteries at the scale it’s promising, cars could become just one part of what the company does. One day, Tesla could be a company that powers just about everything, from the phone in your pocket to the electrical grid itself...” 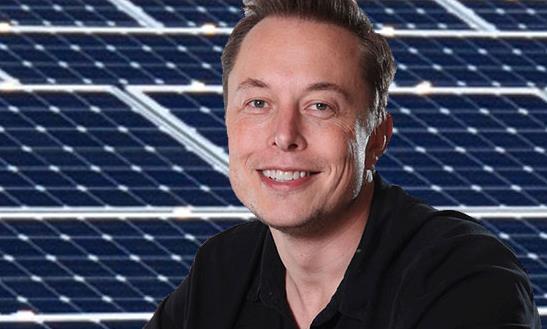 Energy Sector’s Newest Power Player: Elon Musk. Here’s an excerpt of a story atLinkedIn that caught my eye: “Elon Musk has established a well-deserved reputation for designing and building things that take off quickly — rockets, electric cars … and stock prices. But his biggest impact won’t necessarily be in speeding up how we get from here to there. It may be in transforming a much slower-moving industry: electric utilities…” 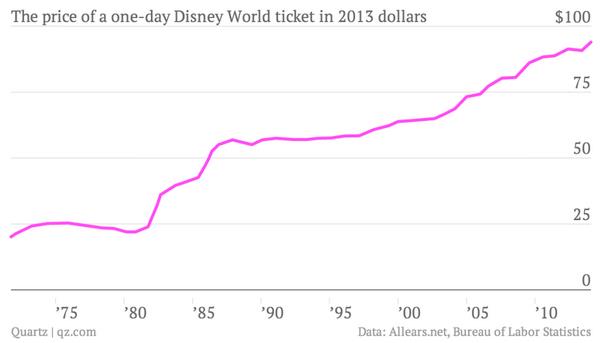 It Costs Five Times What It Did In 1970 To Spend A Day At Disney World. Save up your money if you’re heading to Orlando to hang out with Goofy; here’s a clip from a story at Quartz: “…Hanging out with Mickey Mouse is getting more expensive. Disney World hiked the price of a one-day ticket to the Magic Kingdom to $99 earlier this week. But it’s hardly the first time. The same thing happened last year. And the year before that. In fact, the price of a one-day ticket has been rising pretty steadily for decades, even after adjusting for inflation...