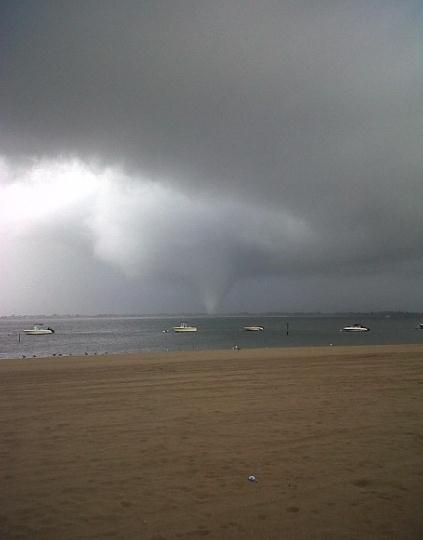 Tornadoes in New York City? Here’s an excerpt from Time Magazine: “The September weather system marks the second time in four months that tornado-like circumstances have touched down in New York. From 1950-1974, the city experienced a dry spell, with no storms on record. But since the mid 70s, seven tornadoes had touched ground, including July 25, 2010′s EF1 system in the Bronx (86-110 mile-per hour winds).” 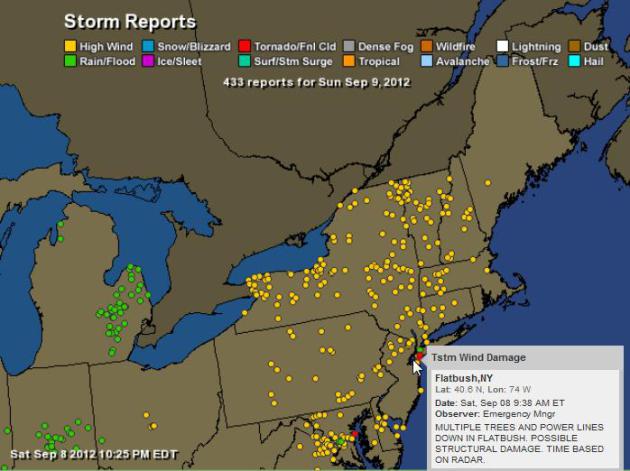 Saturday Storm Damage. There were scores of reports of wind damage from New England southward to the D.C. area. SPC reports at least 3 tornado touchdowns in metro New York, another north of Annapolis, Maryland. An interactive storm damage map from Ham Weather here. 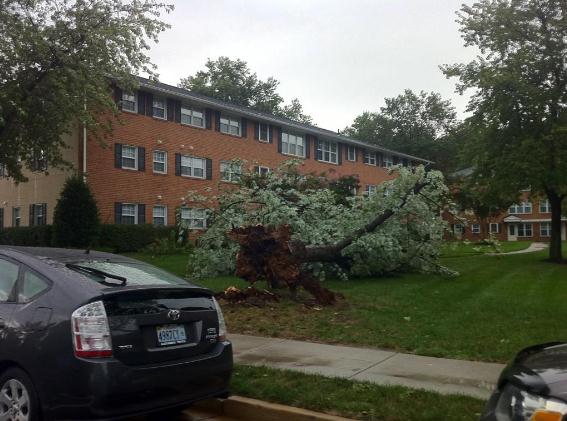 Storm Damage. Lauren Crawford took this photo in Arlington, Virginia. High winds downed trees and knocked out power to hundreds of thousands of residents in the Mid Atlantic Region. 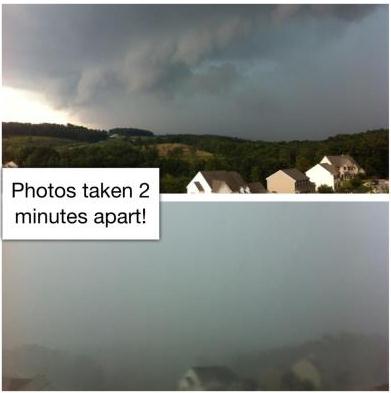 Instant Downpour. Thanks to meteorologist Justin Berk for passing on this photo sequence: “That was the fastest I’ve seen it roll in and we get active weather here. This is south central York County Pa. About 30-40 miles north of Baltimore looking southwest.” 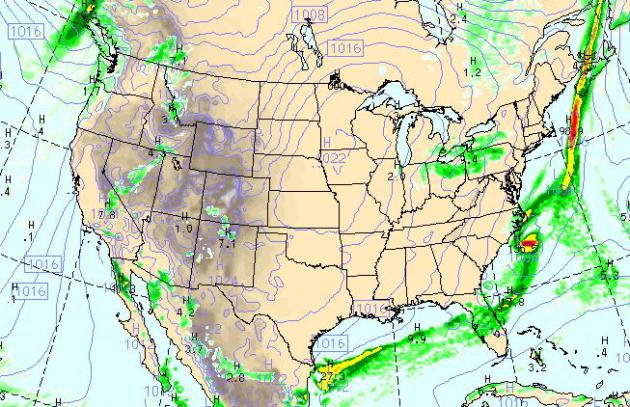 4 pm Today. The WRF model shows Saturday’s squall line of intense thunderstorms pushing out to sea, a sunny, quiet day from Boston to New York and D.C. Lake effect showers pop up from Detroit to Cleveland and Pittsburgh, while the southeast dries out, dry weather the rule over most of the USA. 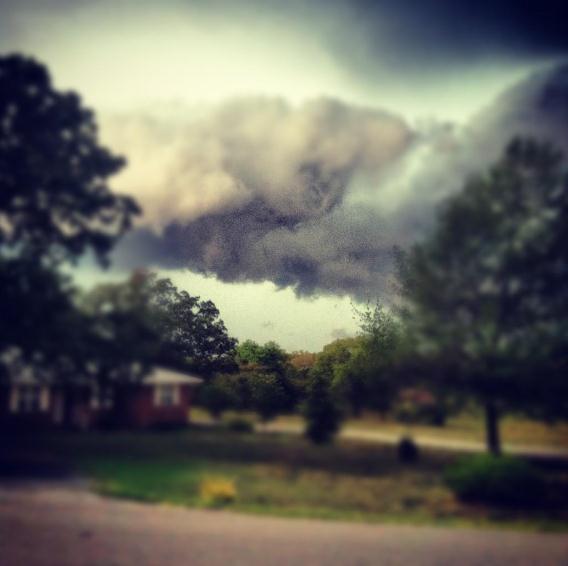 Stormy Magic. I love this effect: sharp focus at screen center, blurring the edges. Thanks to Chris Whitney, who snapped this photo in Arkansas. Photo via Twitter.

Drier, With Fewer Sirens. The NAM model shows a badly-needed clearing trend east of the Appalachians, T-storms pushing across Florida, while cool high pressure of Canadian origin provides a fresh breeze across the Great Lakes and Midwest. 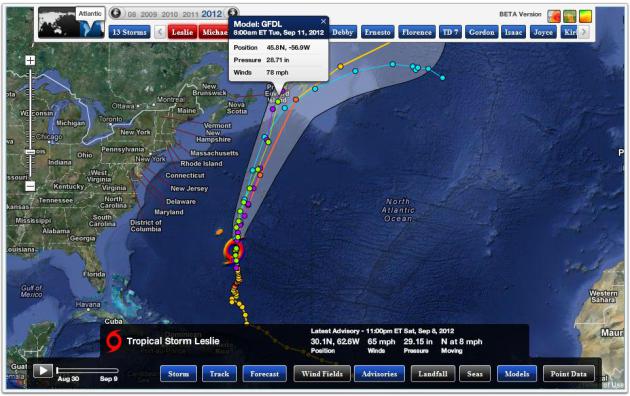 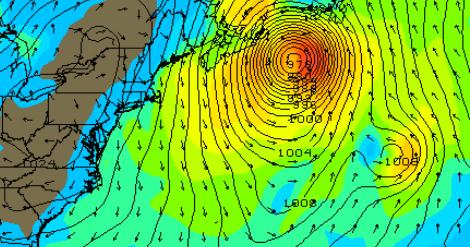 “Here’s what makes the general silence on climate and the mocking from the self-identified pro-business party so absurd: tackling climate change is the smartest thing we can do for both our public health and our private sector. Reducing carbon emissions from our power plants, cars, and factories cleans the air and saves a lot of money.” – from an Op-Ed at Bloomberg, details below.

“…The good news is that creating businesses that will power our growth, and reduce our carbon output while protecting resources, is also the greatest wealth-generating opportunity of our generation. [There is no] choice between growth and reducing our carbon output.” – Sir Richard Branson, quoted in a Bloomberg article below.

$3 billion in damage from Hurricane Isaac, with 40 deaths reported. Details below at earthsky.org.

Second wettest summer on record for the U.K. Only 1912 was wetter. 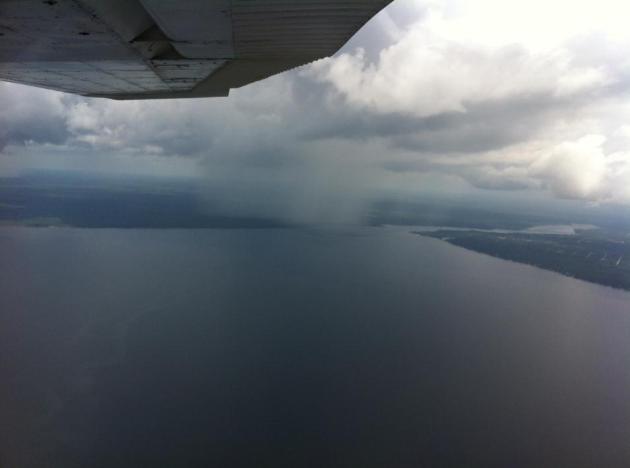 Definition Of An “Isolated Shower”. This photo was taken by Navy Ensign Brett Kruhoeffer 3,000 feet above Pensacola Bay in a Cessna 172, a rain shaft 2 miles away the only shower in the area.

Dryness Continuing Into September. Dr. Mark Seeley has more details on the expanding, deepening drought across Minnesota in this week’s installment of Minnesota WeatherTalk; here’s an excerpt: “Not only was the 12-day run of the State Fair dry (only .08 inches), but the drought picture worsened across the state according to the latest US Drought Monitor. Some southwestern and south-central counties (9 in total) were placed in the Extreme Drought category this week, while many others continued to be in the Severe Drought category (another 23 counties). Little widespread rainfall has occurred across the state since the week of August 22nd. Normal amounts of September rainfall range from 2.50 to 3.50 inches, but the first week of September brought little relief to most places. Only Orr (1.12″), Rushford (1.15″), Lake City (1.16″), Preston (1.34″), and Lanesboro (1.40″) reported over an inch during the first week, while Caledonia received 2.57 inches. Much of this fell with the thunderstorms that crossed the state on September 4th bringing high winds and hail to many areas.” 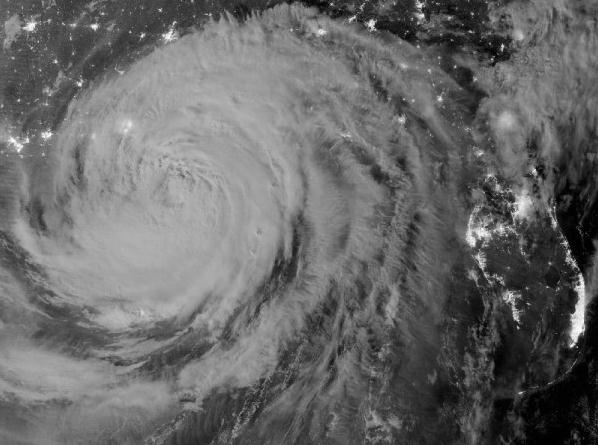 A Look Back At Hurricane Isaac. Some interesting details from earthsky.org: “Hurricane Isaac, the 9th named storm and 4th hurricane of the 2012 Atlantic hurricane season, caused plenty of problems across portions of Hispaniola and the United States during the last week of August. Isaac’s slow movement after making landfall in the U.S. resulted in large flooding across Louisiana and through neighboring states. The slow movement brought upon more tropical moisture to push into the southeast providing flash flooding for parts of Mississippi and Alabama. For some areas, the threat for severe weather and tornadoes were a huge concern.” 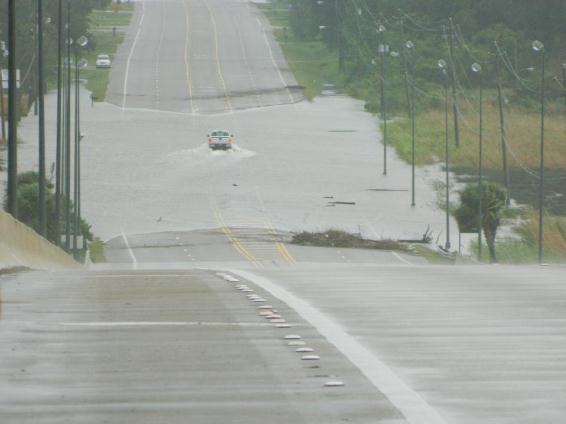 Awareness Of Flood Risks Remains Low: Swiss Re Report. Here’s an excerpt of an interesting story at Business Insurance: “No other natural catastrophe affects as many people as flooding, but awareness of flood risks and their impact remains relatively low, according to a report released Thursday by Swiss Re Ltd. The report, “Flood — An Underestimated Risk: Inspect, Inform, Insure,” says that insured flood losses have increased significantly in recent decades, amounting to $15 billion in 2011. The report says that population growth, higher concentrations of assets in exposed areas and climate change are among the factors contributing to the increased cost of flooding.”

We Need Ratings For Snowstorms And Heat Waves. I’ve written about this in the past, especially when it comes to snowstorms. A newspaper in Grand Forks gave major winter storms names of famous local hockey players and politicians years ago, but it didn’t last. A rating scale from 1-5, much like tornadoes and hurricanes, might make more sense, and help to set expectations. Isaac was, on paper, a Category 1 hurricane, but the size of the storm and central pressure made it something closer to a Category 2-3 storm, as described in this post at The New York Times; here’s an excerpt: “…For instance, Isaac was rated as a Category 1 storm at its peak intensity, but it was Category 1 only in terms of its maximum wind intensity. Its central pressure, of 964 millibars, would have given it a weak Category 3 rating, and its storm surge qualified it as a Category 2 or 3. Its size, had that been a consideration, would probably have ranked as a 4. So if we had a weighted ranking system, Isaac would have come in as slightly over a 2.5 storm. The billions of dollars of damage caused by Isaac and its impact on the affected region would have justified this higher ranking.”

Dear Mr. Paul Douglas-
“Here is the yearly question on where & when to view the best fall colors in MN. Pardon me if you already answered this question, can you send me the link if so?
1.      Where in Minnesota is Peak fall color going to be the best on Oct 1st? (given the choices of North Shore- Gooseberry falls, Hinckley, Stillwater, Red Wing, Winona)
2.      Is it true north shore colors are better than Red Wing – Winona area because North Shore had better rain fall and southern MN in drought?
3.      When do you forecast peak colors for Gooseberry Falls area?
4.      When do you forecast peak colors for Red Wing – Winona area?
I realize the Minnesota DNR has this info, but I’m banking on your help for a romantic fall getaway with my lovely wife!”
Thank you,
Steve Grimm, Sales Estimator
Advanced Response Systems

Steve – you are a hopeless romantic. God knows you could teach me a trick or two. Sadly, I am a bewildered meteorologist; the science of leaf-tracking is a niche within a science within a science. I too have to rely on the Minnesota DNR, which has a comprehensive list of parks and trails with the latest leaf-watching conditions. That said, your best bet on October 1 should still be The North Shore, 30-90 minutes north of Duluth. That would be my first choice. It does seem like the drought is accelerating color this year, so you may run into pockets of amazing color closer to Hinckley and Sandstone as you drive up I-35 (nasty construction, leave extra time). Historically leaves peak in the metro in mid-October, but it may be a week or so earlier this year. Good luck.

“Paul, thanks for continuing to post my sunset pic from Centerville Lake. What an honor!  Attached is a shot from (Friday night’s) sunset from my new apartment.  I live just north of Target Field, and in a few months the sun will be setting just over the field, which should make for some cool pictures!  This is obviously tightly cropped, but came out well.  Enjoy!”

Earthquake-Resistant Bed Can Withstand 65 Tons Of Falling Debris. Come to think of it, this might not be a bad idea the next time an F-4 tornado catches me snoozing. For your friends in L.A. and the Bay Area? Details from gizmag.com: “Following the lead of the Earthquake-proof school desk, Wood Luck is an earthquake resistant bed that can withstand up to 65 short tons (59 metric tonnes) of falling debris. Designed by Shinko Industries, the bed has been built to give users some “good luck” protection during an earthquake. And with the ability to withstand 65 tons of tumbling detritus, it may just become a lifesaving piece of furniture during an emergency situation.”

Dropcam. If you’re looking for a way to keep an eye on your home or cabin, or dock, or anything, and you have a WIFI signal you can tap into – this is a terrific solution. It sets up in 5 minutes, for PC or Mac, and sends back a live, HD stream accessible on any desktop, tablet or smartphone. Pretty slick. You can even sign up for a DVR service that records video from each webcam, so you can go back and see if the kids were trashing the lakeshore 36 hours ago. It includes audio (I can hear the hawks and crows up at my place north of Brainerd); you can even speak into the system and talk to someone at the other end. 2-way audio? What will they think of next. $149 from amazon.com. And no, I don’t get a commission.

What I’m reading (as if anyone cares): 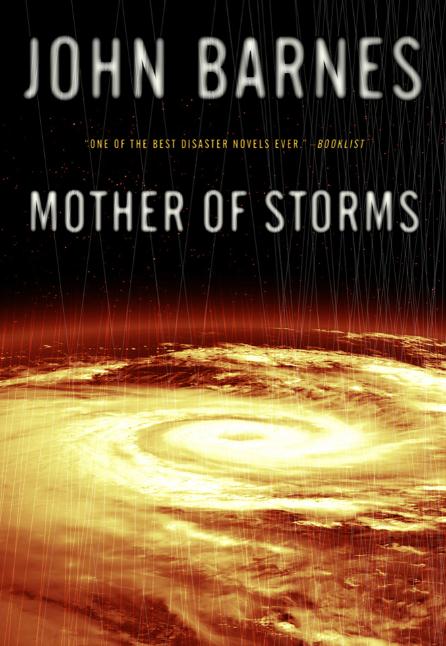 “Mother of Storms”. A Category 12 hurricane? O.K. This is set in the future (2028), and a sudden and catastrophic release of methane in the Arctic has warmed the oceans to the point where mega-hurricanes now circle the globe. Science fiction? I sure hope so.