Severe Storms Possible Overnight and Through Monday
High Amounts of Snow and Ice Forecast for the Central U.S.
Heavy Snow to Continue Over the West
February Outlook - Another Warm Month Ahead
Lake Charles Radar Back Online After Hurricane Laura Damage
Snow to Start the Weekend in the Midwest
All Weather News

Tracking a Welcome January Thaw (memories of blizzard of ’96)

The rumors are true: we may pick up a third of an inch of rain on Thursday; coming 5 days before what is (historically) the coldest day of the year. Mark Seeley reports a 4X increase in midwinter rain and ice across Minnesota since 2000. Yes, this seems to be a trend.

Soak up the relative warmth: 4 more days above freezing this week; 40 F. possible by Thursday and Friday.

Our 3 inches of snow on the ground may shrivel to a dirty inch by late week. We are still marooned in an amazingly persistent (snow) drought.

Take advantage of this week’s break from wind chill, because the coldest air of winter bullies its way into Minnesota in 1-2 weeks. Models are flip-flopping on how cold (and how long) but 2-4 days of subzero fun seems imminent, starting late next week.

In spite of a rising sun angle; temperatures don’t start to budge much until late January and early February.

Today’s blog includes a record heatwave for Australia; snow on the ground over 66 percent of the USA; and only 936 tornadoes in 2012 – a result of stubborn heat and drought.

For now, dig out your second-string (slush-proof) shoes and help me welcome an odd meteorological hiccup of warmth – the January Thaw! 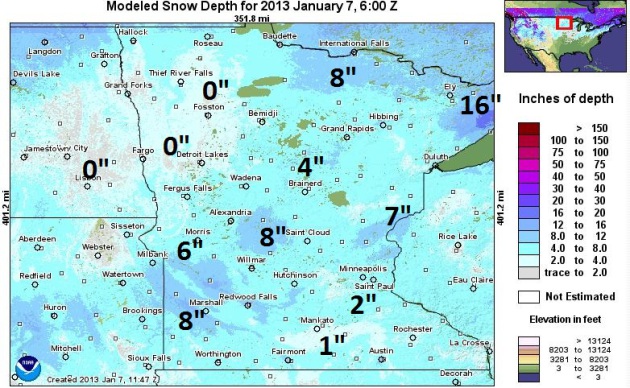 Where’s The Snow? NOAA’s latest modeled snowcover map shows some 4-9″ amounts from near Sandstone and Taylors Falls to Sauk Rapids, Benson, Marshall and Granite Falls, but I was struck by how little snow there is on the ground over the Red River Valley and eastern North Dakota.

A Hiccup of Pacific Air. This relatively mild spell is coming as a relief to most (but not all) Minnesotans, a chance to thaw out for a few afternoons, do some yard work without fear of frostbite or numb toes. Afternoon highs should reach or exceed 32 F. every day into Friday; expect a BIG temperature tumble by Saturday. Graph above: Iowa State. 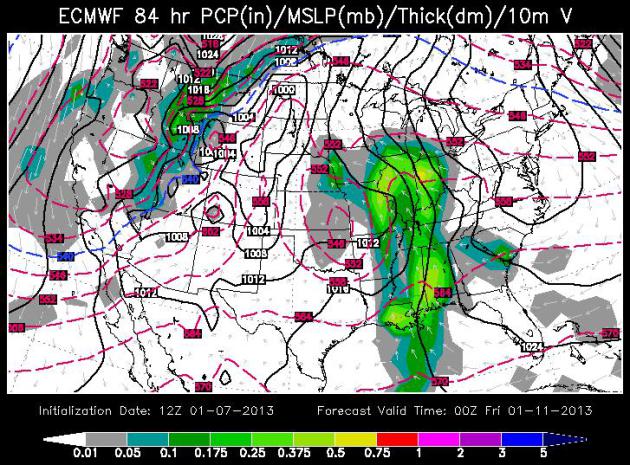 Warm Enough For…Rain? The ECMWF model, valid Thursday evening, shows the main surge of rain pushing across the Midwest toward St. Louis and Chicago, a little very light rain or drizzle may brush parts of Minnesota, but the European model is whisking most of the moisture to our south and east. Again. If it does precipitate – it should be warm enough for light rain. 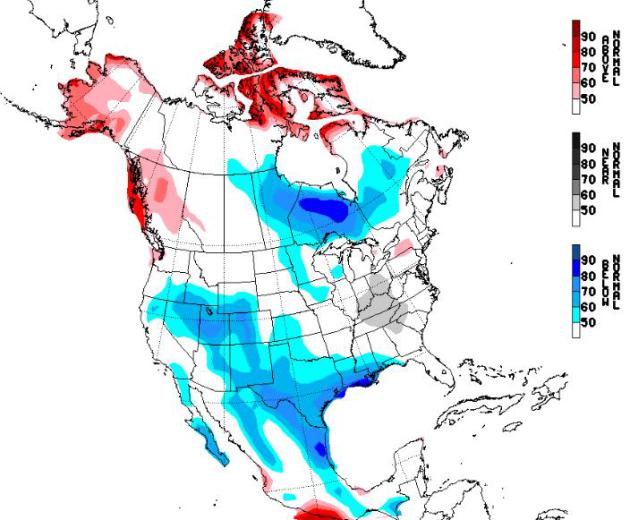 Temperature Trends. It appears that the Mother Lode of bitter air may pass just to our north across Ontario, between January 15-21, according to NOAA NAEFS experimental temperature forecasts. Yes, when Alaska is unusually warm we tend to be unreasonably cold. 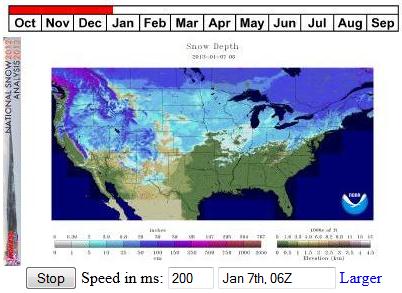 USA Snow Cover. At least report 66.6% of the lower 48 states – two thirds of America, reported snow on the ground. For a NOAA loop showing how the snow cover has changed since October click here. 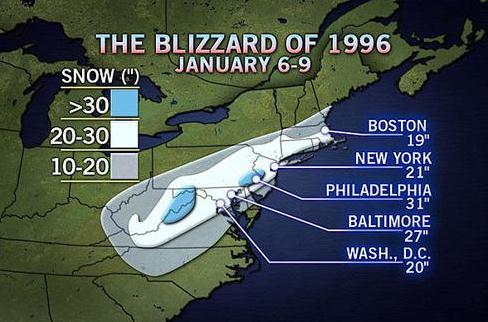 Remembering The Epic Blizzard of ’96. AccuWeather takes a walk down memory lane – a storm that won’t soon be forgotten in the northeast: “A powerful nor’easter unloaded 2 feet of snow and more from Virginia to southeastern New England on Jan. 6-8, 1996. Up to 4 feet of snow was unleashed. Philadelphia was at the heart of the storm, getting buried by 31 inches of snow. The Blizzard of ’96 still stands as the all-time biggest snowstorm for Philadelphia. High winds howled across the region, causing massive drifting and blowing of snow that significantly reduced the visibility….”

* The Capital Weather Gang takes a nostalgic look back at the Infamous Blizzard of ’96 here. 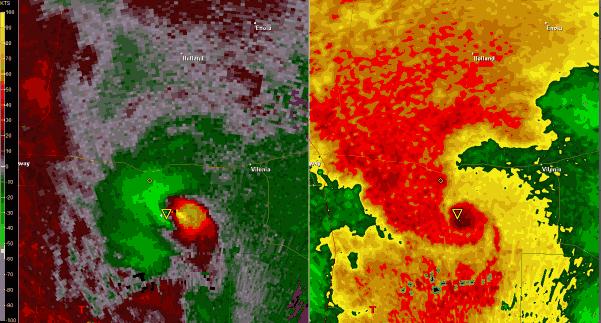 936 Tornadoes Nationwide In 2012. That’s a low number (25th greatest number since 1959) and that is due largely to record heat and drought gripping much of American for much of late spring and summer – reducing wind shear, pushing the zone of favorable tornado conditions way north, into Canada. Here are a few statistics from Greg Carbin at NOAA SPC: 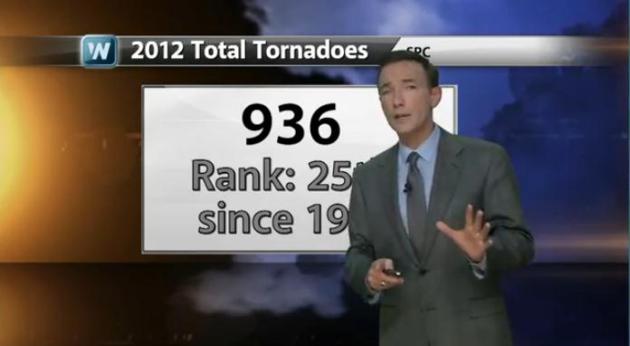 Why So Few Tornadoes Last Year? I created a 2:30 YouTube clip explaining why the tornado count was so low in 2012 – just about the only silver lining to a year of record heat and debilitating drought. Video courtesy of WeatherNation TV. 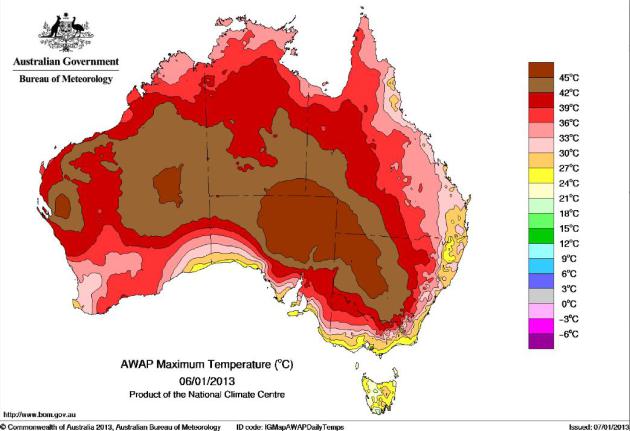 Map above courtesy of the Australian Bureau of Meteorology. The latest observations for southern Australia are here. Most thermometers in Australia don’t go above 50 C. 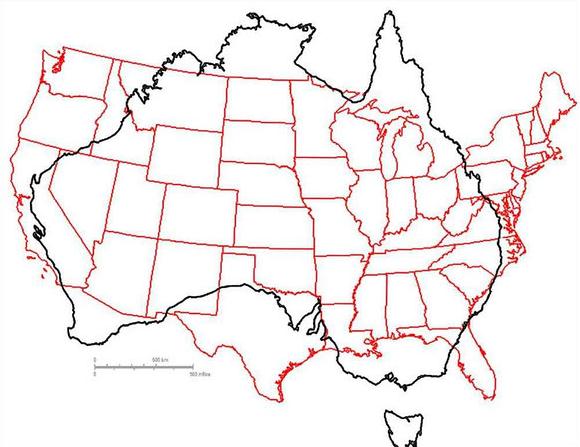 Perspective. Australia is nearly as large as the lower 48 states of the USA – what is unusual is the extent (and intensity) of 100 degree plus heat Down Under. More on the unprecedented heat at scienceblogs.com. 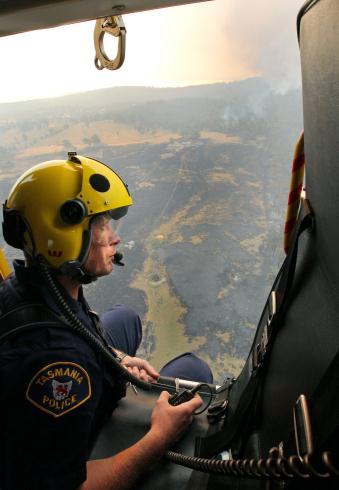 Tasmania’s Fires Prompt PM’s Grim Climate Warning. Here’s an excerpt from Australia’s The Age: “Prime Minister Julia Gillard underscored the dangers facing Australia this summer from climate change as she saw Tasmanian bushfire ruins, and warned people to expect more. Ms Gillard said New South Wales faced potentially catastrophic conditions on Tuesday, and the crisis was not over in Tasmania. While the south-east fires that devastated Dunalley were easing, the island faced a new emergency warning in north-west dairy country near Mawbanna, where a fast-running fire threatened the community…”

Photo credit above: “Westpac Police rescue helicopter crewman Sgt. Matthew Drumm surveys the fire near Dunalley, east of the Tasmanian capital of Hobart, Australia, on Saturday, Jan. 5, 2013. Australian officials battled a series of wildfires amid scorching temperatures across the country on Saturday, with one blaze destroying dozens of homes in the island state of Tasmania.” (AP Photo/Chris Kidd, Pool) 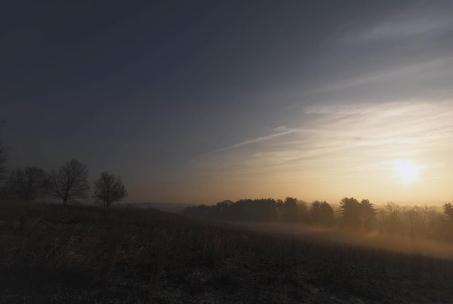 A Reluctant Sun. Yes, the sun is still low in the sky, but we’ve picked up nearly 13 minutes of daylight since December 21. This photo was taken near King of Prussia, Pennsylvania at the Valley Forge National Historical Park. 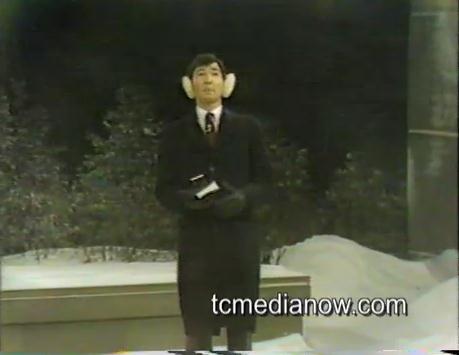 Nice Ear Muffs. What was I thinking? Here’s a clip from January 24, 1985, when a major blizzard was pushing across Minnesota – courtesy of Tom Oszman and his remarkable library of local TV clips going back decades, which you can access (for free) at  tcmedianow.com. 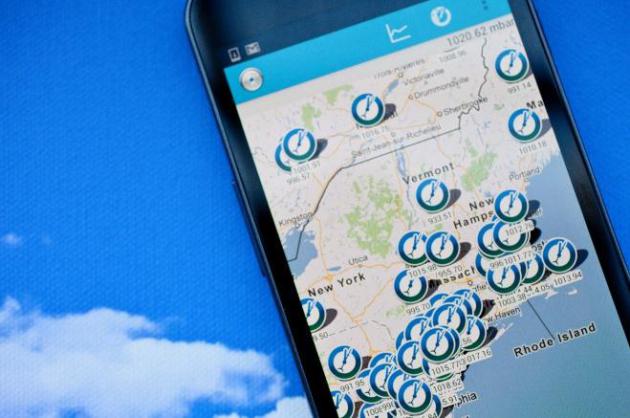 Your Android Phone Could Help Scientists Predict Your Weather. Although measuring air temperature could be problematic (with that fancy Samsung Galaxy III in your pocket most of the day) extracting air pressure information seems to make more sense – can it really help better initialize weather models? Wired.com takes a look; here’s an excerpt: “The Android phone in your pocket could help scientists do a better job of predicting the weather — exactly where you are. Atmospheric scientists are working with an app developer to take air pressure information that is already being collected from thousands of Android phones and feed it into sophisticated new climate models. If they get enough buy-in from Android owners, you may be able to receive warning hours in advance about thunderstorms and tornadoes coming to your precise location with far more certainty than you can today...” 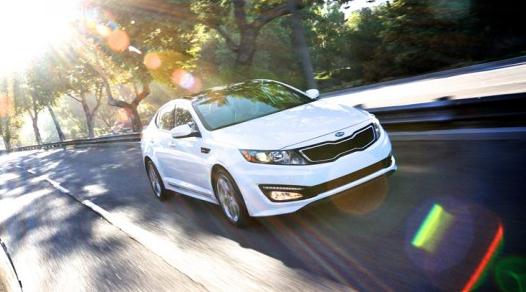 The 13 Safest Cars For 2013. Gizmag.com has the story; here’s an excerpt: “The Insurance Institute for Highway Safety (IIHS) has released its list of safest vehicles for the 2013 model year. In all, the list includes 117 cars that were awarded a Top Safety Pick. Thirteen cars were given the Top Safety Pick+ award, which is an even higher award for vehicle safety. These vehicles go deeper to bring a safer ride to drivers and passengers, and we’re going to take a quick look at each one…” 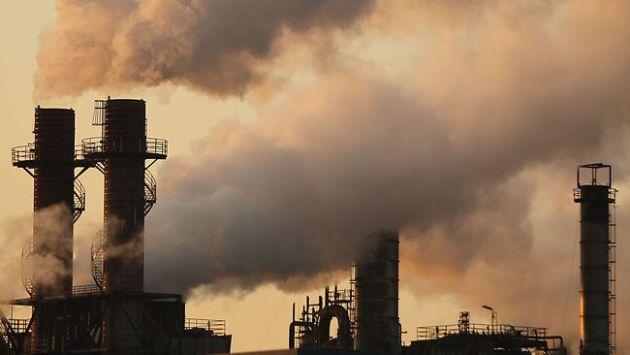 “….And I can say right now, this very day we can look out the window and there’s CO2, carbon dioxide, pouring out of tailpipes, pouring out of buildings, pouring out of smokestacks. And yet we can’t see it, it’s invisible. The fundamental causes of this global problem are invisible to us. And likewise the impacts are largely invisible to us as well unless you know where to look. So it’s a problem that first of all we can’t see. And secondly it’s a problem that is seemingly faceless. It’s not like terrorists who we can imagine who are coming after us trying to kill us and challenge our fundamental values. It’s a problem that we can’t see, that’s going to have long term impacts that aren’t going to just impact us now, but impact us into the future; impact our children and our grandchildren“… – Anthony Leiserowitz, in an interview with Bill Moyers. 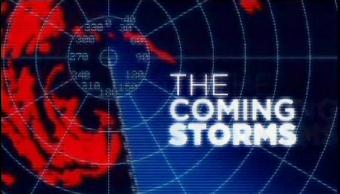 CNN’s Hour-Long Climate Change Special Ignores Emissions. I watched the Sunday evening special on storm intensity and frequency, and I thought (overall) it was very well done. Media Matters has a bone to pick – no direct attribution to man-made burning of fossil fuels – here’s an excerpt of their critique: “A CNN special on the threat of more frequent extreme weather events fueled by climate change ignored the role of manmade greenhouse gas emissions in warming the atmosphere. The hour-long program, titled “The Coming Storms,” set out to examine “the factors that made the impact of superstorm Sandy so devastating,” featuring “insights from researchers and scientists on climate change[.]” CNN did explore how climate change will amplify the impacts of disastrous weather events like Hurricane Sandy. Given the network’s track record of paying scant attention to climate change even while reporting on its consequences, it was a commendable effort. But CNN failed to make the distinction that climate change is not a natural phenomenon; rather, it is driven by human activity…” 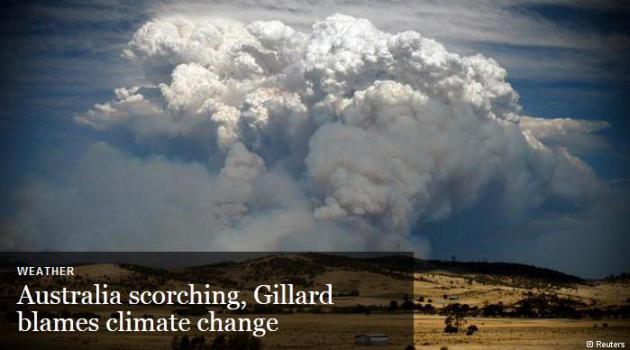 Australia Scorching, Gillard Blames Climate Change. Here’s a snippet from Deutsche Welle: “Australian has been bracing for near-record temperatures, with bushfires ablaze in five out of six states. Police in Tasmania are still searching for those reported missing after fire swept across the island last week. Prime Minister Julia Gillard warned Australians of high bushfire risks in coming days, highlighting global climate warming as the probable cause. “We do know over time that as a result of climate change we are going to see more extreme weather events and conditions.” She urged residents in vulnerable bush areas to decide in advance whether to attempt to save their homes, if fire strikes, or opt to evacuate…” (photo courtesy of Reuters). 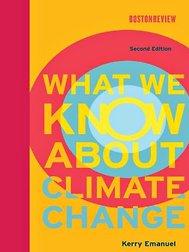 An Antidote For Climate Contrarianism. Here’s a snippet from a New York Times story: “…Conservatives will find a few points in the book that especially resonate. For instance, while Dr. Emanuel assails the irrationality of dismissing an entire branch of science as some kind of elaborate hoax — many Republicans have done lately — as he also takes green groups to task on certain points, including their skepticism about nuclear power. He sees nuclear energy as one of the few ways to reduce carbon dioxide emissions, which contribute to global warming, on a large scale. And he is doubtful that renewable energy sources like wind and solar power can be ramped up fast enough to meet the challenge. If Dr. Emanuel has been talking about his politics more lately, so have some of his colleagues, like Richard Alley of Penn State, one of the country’s most notable explainers of climate science, who describes himself as a churchgoing Republican…”