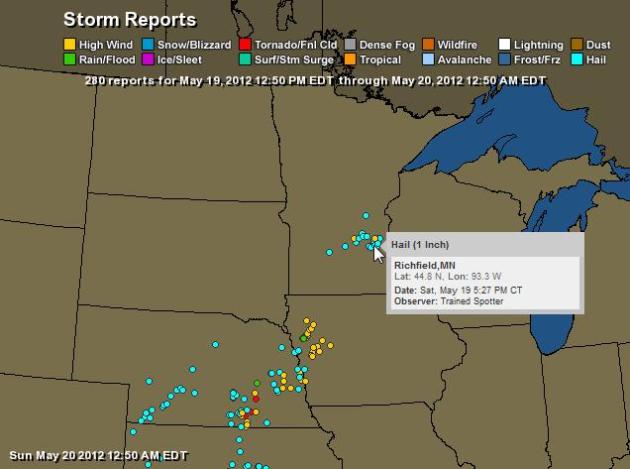 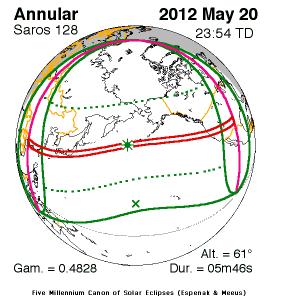 Today’s Annular Solar Eclipse. Here is a good overview of today’s solar eclipse from NASA: “The first solar eclipse of 2012 occurs at the Moon’s descending node in central Taurus. An annular eclipse will be visible from a 240 to 300 kilometre-wide track that traverses eastern Asia, the northern Pacific Ocean and the western United States. A partial eclipse is seen within the much broader path of the Moon’s penumbral shadow, that includes much of Asia, the Pacific and the western 2/3 of North America (Figure 1). The annular path begins in southern China at 22:06 UT. Because the Moon passed through apogee one day earlier (May 19 at 16:14 UT), its large distance from Earth produces a wide path of annularity. Traveling eastward, the shadow quickly sweeps along the southern coast of Japan as the central line duration of annularity grows from 4.4 to 5.0 minutes.”

Timing The Eclipse. Times above are Universal Time, data courtesy of NASA.

* Google has some good tips and tools for viewing the solar eclipse here. 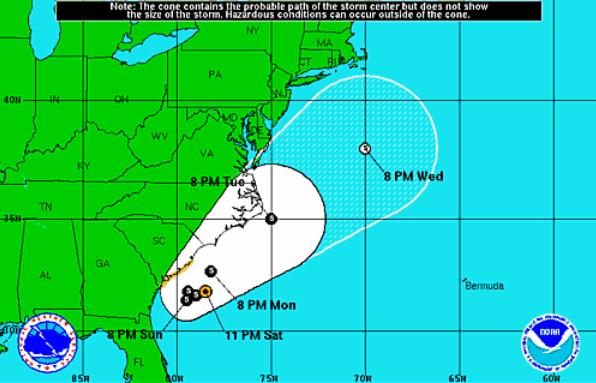 Alberto’s Projected Path. The first tropical storm of 2012 is forecast to do a few loops off the South Carolina coast, before turning northeast, brushing Wilmington, the aptly named North Carolina town of Cape Fear and Cape Hatteras by 8 pm Tuesday, then veering out to sea. Source: NHC.

* According to @senorpepr only 76 storms since 1851 have formed earlier than Alberto and is the earliest storm to form since Andrea in 2007. 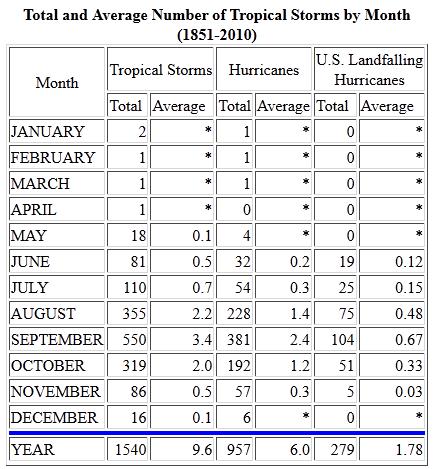 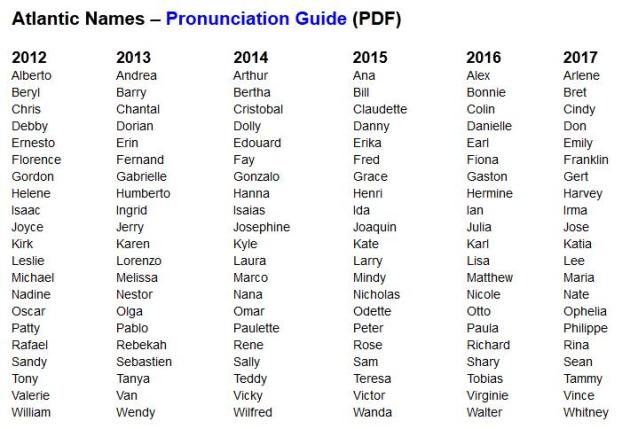 Is Your Name On The List? Here are the hurricane names for 2012 to 2017, courtesy of NOAA’s NHC. There will never be another Hurricane Andrew, Hugo, Katrina or Irene – those names have been retired, out of respect for the victims. 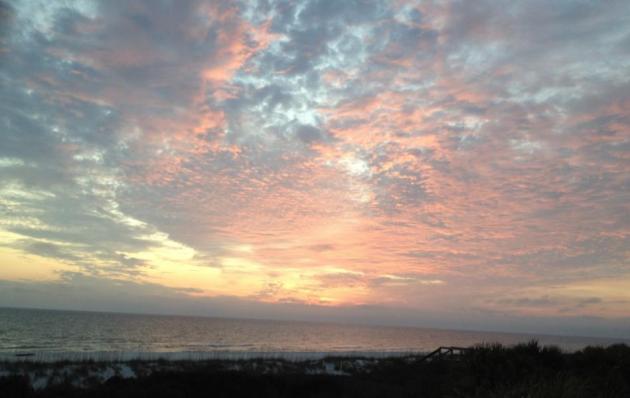 Quiet Spell Broken. While a marginal and unnamed disturbance formed over Indonesia’s Banda Sea during the previous week, Aletta’s formation broke a 41-day streak in which there were no named tropical cyclones anywhere on Earth. The U.K. Met Office said that was the longest stretch without such a storm for the planet in at least 70 years. The last time there were as many as 38 consecutive storm-less days was in 1944, when global weather monitoring was still in its infancy. 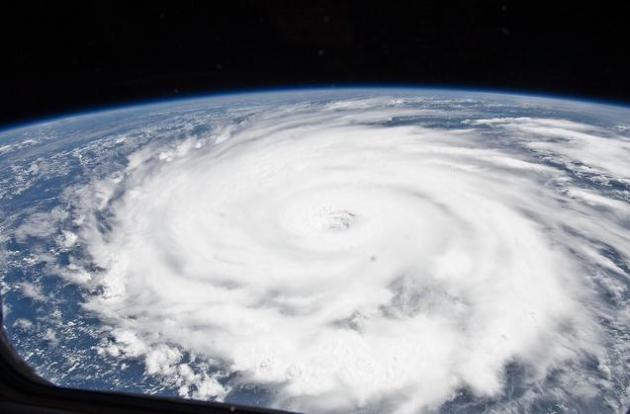