21 Mar 2017, 3:16 am
Share:
Take a look at this. We’ve compiled data for thousands of locations across the U.S. to show you the warmest and coldest spring temperatures ever recorded. 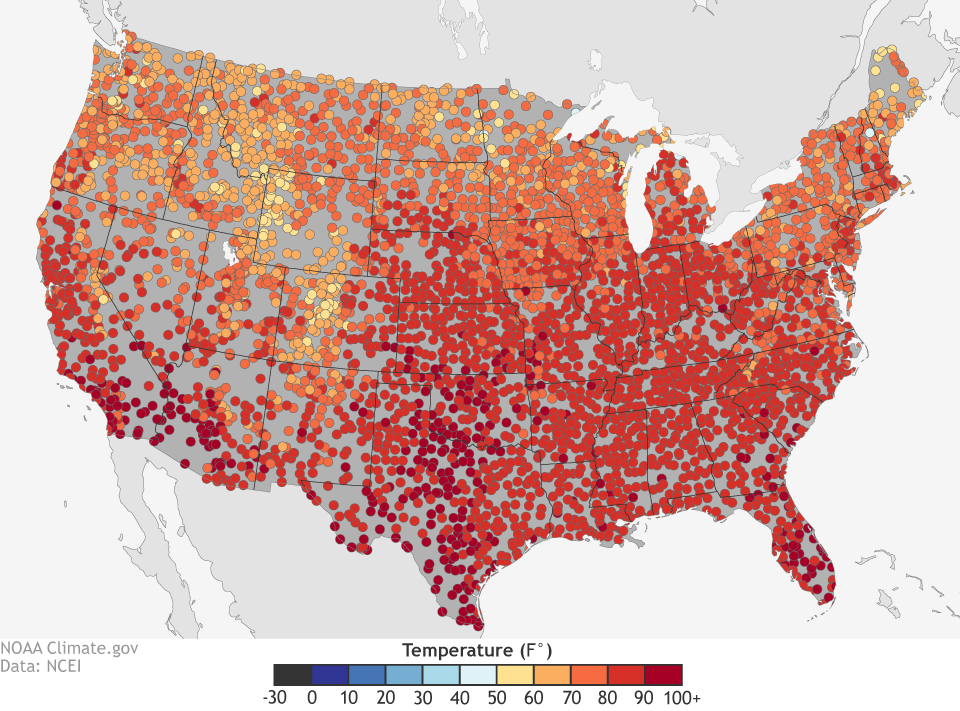 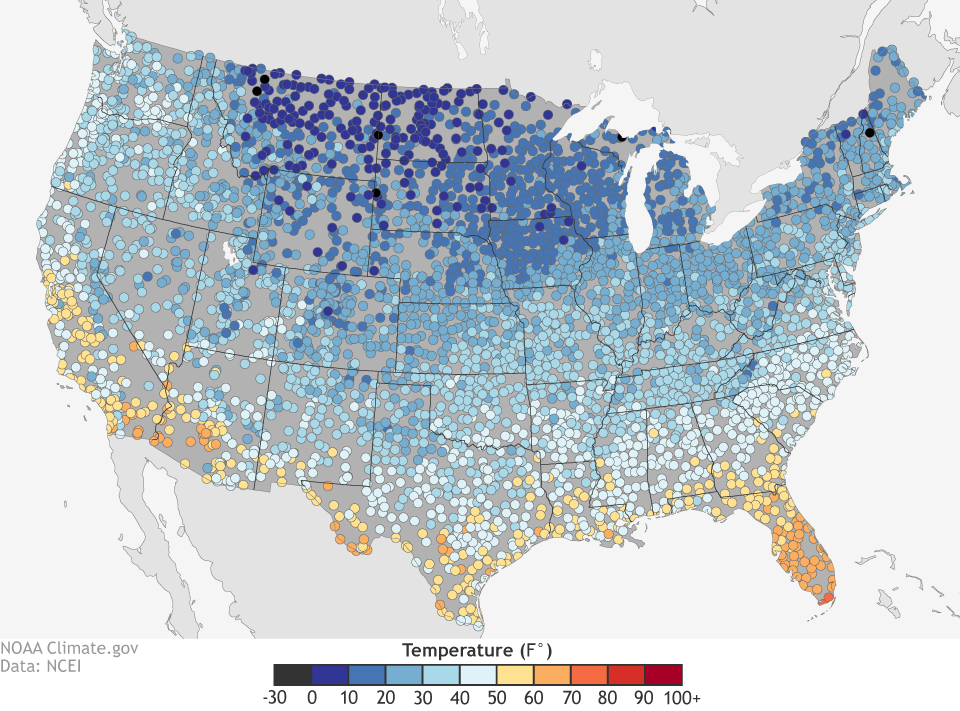 By plants’ calendars, spring arrived in parts of the United States weeks ago—not surprising, given the near-record warmth this winter. Meanwhile, residents of the Great Lakes region and the Northeast, still shaking off recent snow, might disbelieve their calendars. But by the Sun’s calendar, today is officially the first day of spring.

In honor of spring’s extremes, we’re publishing these maps that show the warmest and coldest first days of spring in the historical record for thousands of U.S. locations (i.e. the highest and lowest daytime high temperature ever recorded at a given station on March 20). The legend is the same on both maps: blue colors shows daytime high temperatures below 50°F, while daytime highs above 50°F are colored yellow, orange, and red. These historical observations are from the Global Historical Climatology Network-Daily data collection that Jared Rennie wrote about last week for our Beyond the Data blog.

The maps show the warmest and coldest daily maximum temperature (“daytime high”) on March 20 for more than 4,000 U.S. locations within the Lower 48. Large versions of these maps show Alaska and Hawaii. The warmest first days of spring experienced by these U.S. locations are all 50°F or warmer, except for New Hampshire’s Mt. Washington. Within the rest of the “CONUS” (the contiguous 48 states) we see only “warm” colors: yellows in the far Northeast and the mountains of the West where the warmest first day of spring was between 50-60°F; oranges in the Northern Plains, Pacific Northwest, and upper Midwest, where the warmest first day of spring ranged between 70-80°F. First days of spring with temperatures above 90°F are mostly confined to the southern Plains, the Southwest, and southern Florida.

What about where you live? Will today be closer to your location’s warmest first day of spring or its coldest? Explore the maps to understand where today’s temperature fits into your location’s climate history.

To be included in this analysis, a station had to have at least a 30-year climate history spanning or overlapping the period 1981-2010, which is the most recent official climatological period recognized by the members of the World Meteorological Organization (WMO).  More than 4,000 U.S. stations met this threshold. To learn more about how the Global Historical Climatology Network daily data are compiled, visit the National Centers for Environmental Information’s info page. Data analysis provided by Jared Rennie, from the North Carolina Institute for Climate Studies, a NOAA Cooperative Institute.