Risk Of A Thaw. The last time it was above freezing at MSP was January 29 (34F). Watch the solid red line, marking the 32F isotherm, surging north Tuesday, again Wednesday as steering winds aloft become more westerly. Colder weather returns by next weekend, but not the polar chill of a few weeks ago. 2-meter NAM temperatures guidance courtesy of NOAA and Ham Weather. 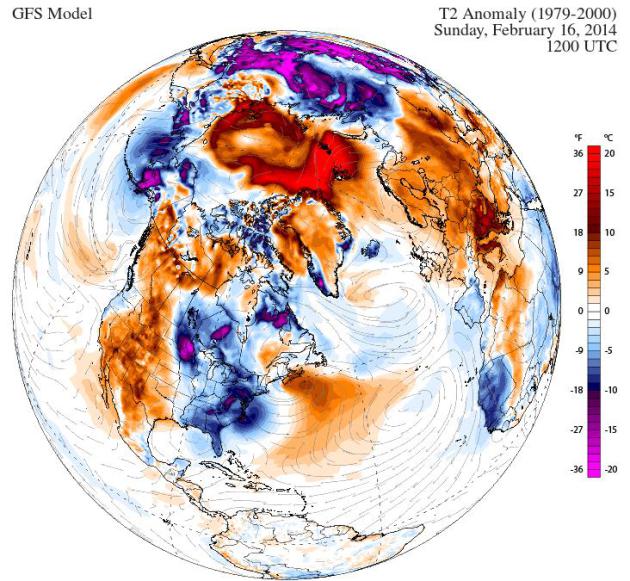 Faint Echoes Of The Polar Vortex. Wave goodbye to the coldest lobe of polar air, courtesy of a buckling jet stream. What has been impressive (at least to me) is the sheer persistence of Yukon air pouring south of the border since early December, how the jet stream configuration has become locked, treating Alaska, Greenland and Europe to near-record warmth; bitter air stalling over much of the central and eastern USA. Temperature anomalies valid this morning, courtesy of Climate Reanalyzer. 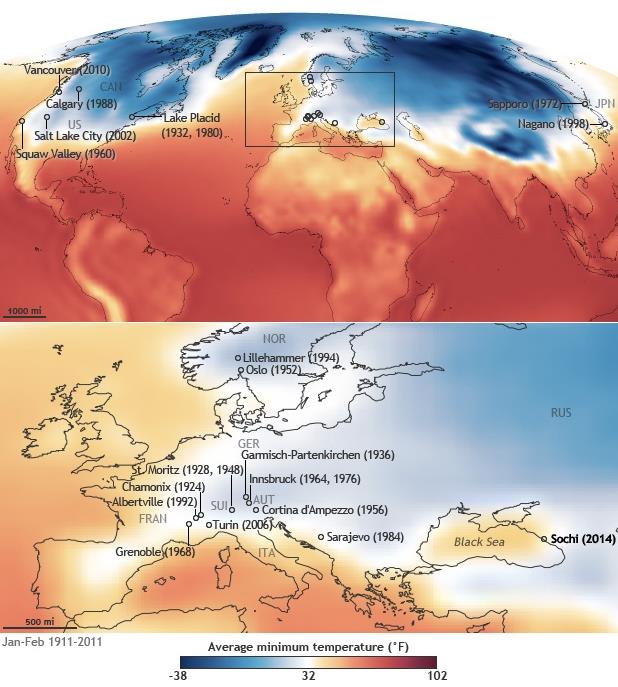 Sochi Among The Warmest Winter Olympics Host Cities. You’ve seen video of fans in shirtsleeves, athletes taking their shirts off to stay cool – during the Winter Olympics in Sochi. Here’s some perspective on the venue from NOAA’s climate.gov: “The 2014 Winter Olympics are taking place from February 7-23, 2014, in Sochi, Russia. Sochi will be among the warmest cities to have hosted a Winter Olympic Games, with overnight low temperatures of 39°F (4°C) on average in February, and average daytime highs of 50°F (10°C). The map (above) shows the average minimum temperatures (overnight lows) for January and February from 1911-2011 for all the locations that have hosted the Olympic Winter Games, starting with Chamonix, France, in 1924 and ending with Sochi, Russia, in 2014…” 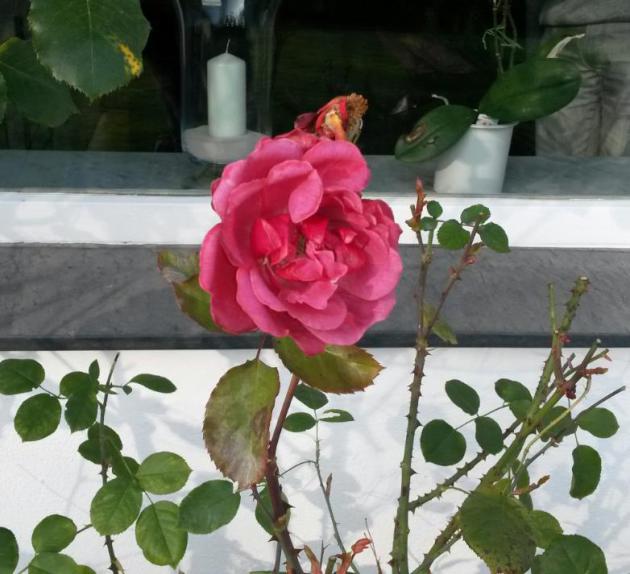 Roses In Bloom Across Germany. A relative near Cologne, Germany sent me this photo of her prize roses, now in full bloom. In mid-February. Yes, highly unusual. Eva Fels-Huber writes:

“We are still waiting for winter to arrive. We had springlike temperatures since December, 10-12C every day. The birds are singing; my roses started blooming in mid-January.”

Highs have been in the 50s in recent weeks. My father, who translated the e-mail for me, points out that roses bloom after crocus, tulips, and daffodils. The Symphony of the Seasons is seriously messed up. Springlike weather in Sochi for the (alleged) Winter Olympics, while the Polar Vortex stalls over the northern USA. Biblical flooding in Britain while California wilts during historic drought. The Winter of All or nothing. 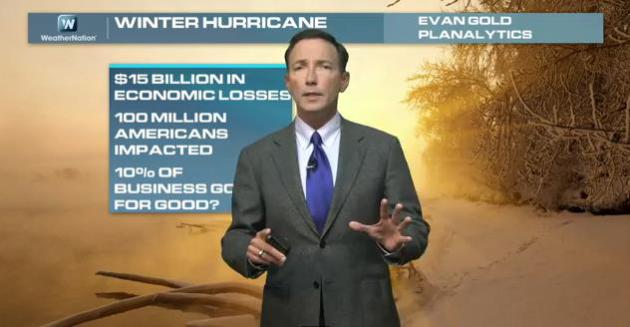 Winter-Cane. Although this week’s ice and snow storm didn’t produce as much structural damage as a hurricane, if you look at economic losses related to the wintry smack damage will probably be equivalent to a moderate hurricane hitting a populated coastal region of the USA; one weather analyst at Planalytics estimates $15 billion in economic losses. That, and the the fact that New York City has picked up considerably more snow than the Twin Cities, Denver and Anchorage (!) is the subject of today’s Climate Matters: “WeatherNationTV Chief Meteorologist looks at the details and impacts of the winter storm that impacted everything from Texas to Maine. We’ve seen the pictures of the damage, but what happened? 75,000 flights cancelled this winter and find out which places are WAY above normal for snowfall.” 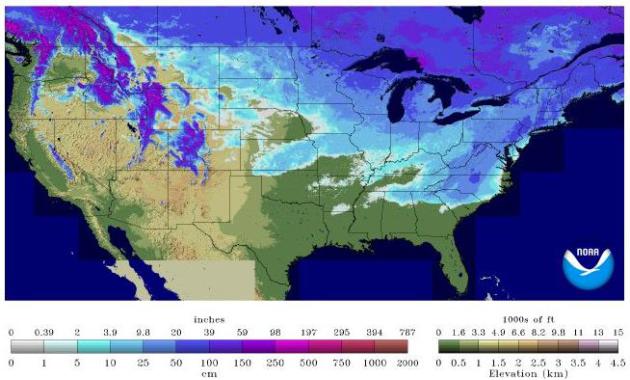 Snow On The Ground In Portions Of 49 States. Only Florida is entirely snow-free. That’s comforting. USA Today has the story; here’s a clip: “Snow is on the ground in 49 out of the 50 states — only the Sunshine State of Florida is completely snow-free, according to a map produced Thursday morning by the National Oceanic and Atmospheric Administration. (This doesn’t mean that those 49 states are snow-covered, of course, only that some part of each state has snow.)…” 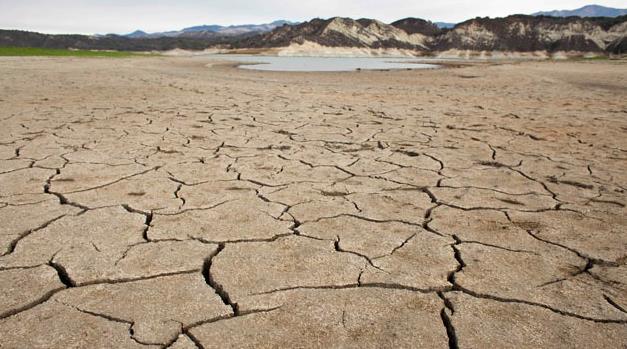 California’s Drought Could Be The Worst In 500 Years. Mother Jones explains how the historic drought gripping the west may soon show up at a grocery store near you; here’s an excerpt: “The Golden State is in the midst of a three-year drought—and scientists believe that this year may end up being the driest in the last half millennium, according to University of California-Berkeley professor B. Lynn Ingram. Californians are scared, with good reason: Fire danger in the state is high, and drinking-water supplies are low. But the drought will have repercussions outside the state’s borders, as well…” 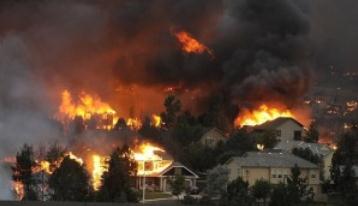 Drought-Stricken California, Other States Prepare For Landmark Year In Fires. The fact that fires are burning during the height of the (alleged) rainy season on the west coast doesn’t bode well for later in 2014, when things really heat up. Here’s a clip from The Washington Post: “…We’re seeing summertime weather conditions in January,” Hein said as two of his crews continued to mop up the smoking remnants of the Red Fire. “If we don’t get some rain now, just imagine what the summer is going to be like.” Across the Western United States, officials tasked with fighting forest fires worry that a confluence of factors, including climate change and human development, are conspiring to create conditions ripe for a landmark fire year...” (File photo above courtesy of ThinkProgress). 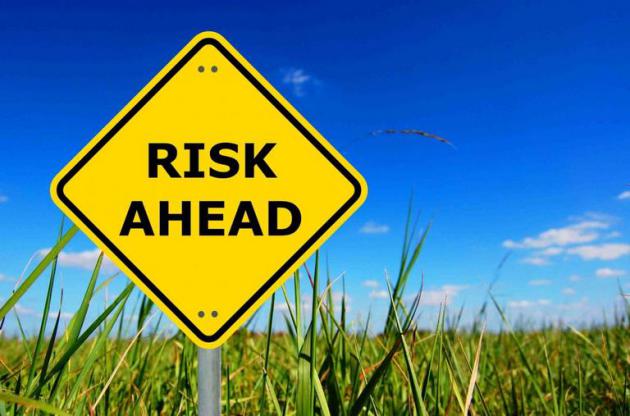 Stroke Risk Tied To Cold, Humidity, Weather Swings. Here’s a clip from a story at boston.com that caught my eye: “There may be a link between weather and the risk of suffering a stroke, say researchers who analyzed climate trends and hospital records on millions of Americans. Cold weather, high humidity and big daily temperature swings seem to land more people in the hospital with strokes. As it got warmer, risk fell — 3 percent for every 5 degrees, the study found. ‘‘Maybe some of these meteorological factors serve as a trigger,’’ said Judith Lichtman, a Yale University stroke researcher who led the study…” 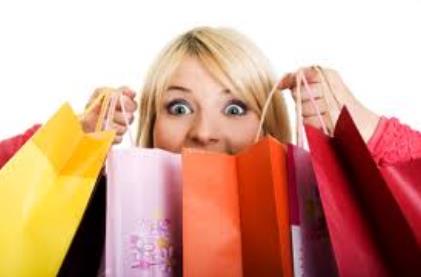 Warm Weather Leaves You In The Mood To Buy. No kidding. And we tend to attach a higher price/value to objects when it’s warm outside. Confirming what may just be good old fashioned common sense, here’s a clip from The Journal of Consumer Psychology at sciencedirect.com. What, you don’t skim this from time to time? “A series of five field and laboratory studies reveal a temperature-premium effect: warm temperatures increase individuals’ valuation of products. We demonstrate the effect across a variety of products using different approaches to measure or manipulate physical warmth and different assessments of product valuation. The studies suggest that exposure to physical warmth activates the concept of emotional warmth, eliciting positive reactions and increasing product valuation. Further supporting the causal role of emotional warmth, and following prior research relating greater positive feelings to reduced distance, we find that warm temperatures also reduce individuals’ perceived distance from the target products…”