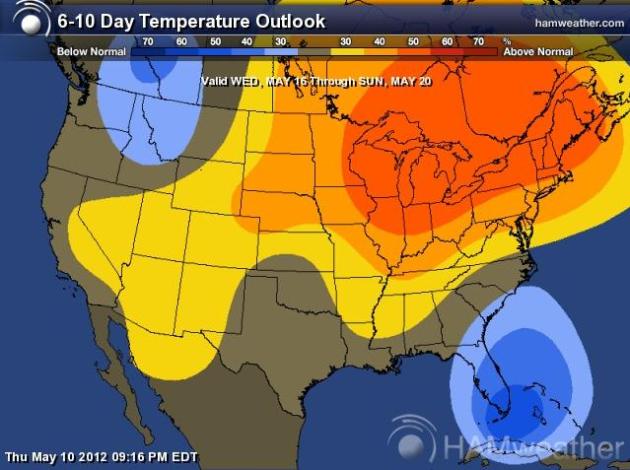 Warming Trend. The 6-10 Day temperatures outlook from CPC, NOAA’s Climate Prediction Center, shows a strong warm bias from eastern Minnesota into New England next week – that should translate into a streak of 70s, even a few 80s. Map: Ham Weather. 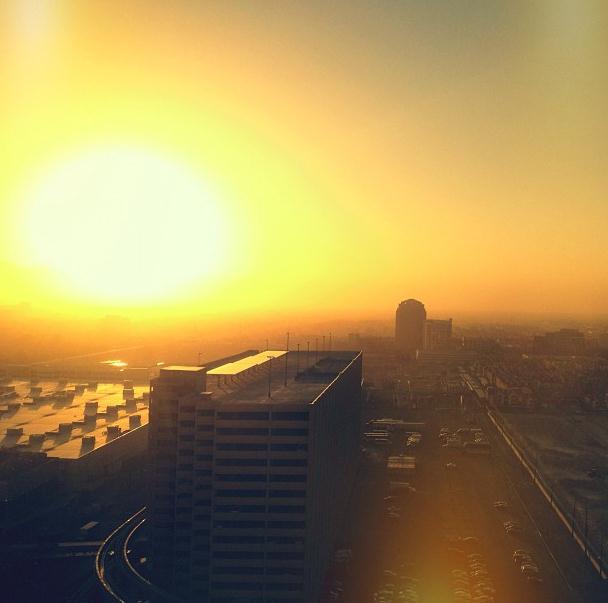 “Vegas Sunrise”. Thanks to Thomas Dodson for passing this one along – very nice. 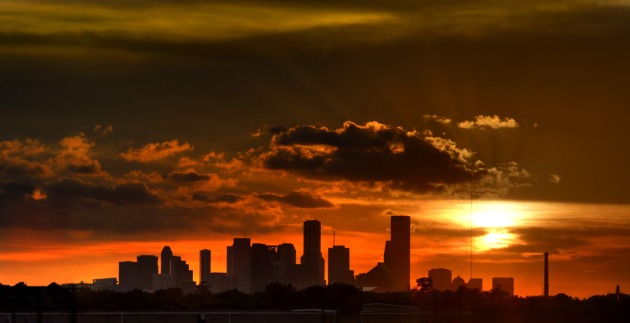 April Heat. Although not as extreme as March, April set hot-weather records across much of the west and southwest. All-time April monthly record highs were tied or broken at the following locations: 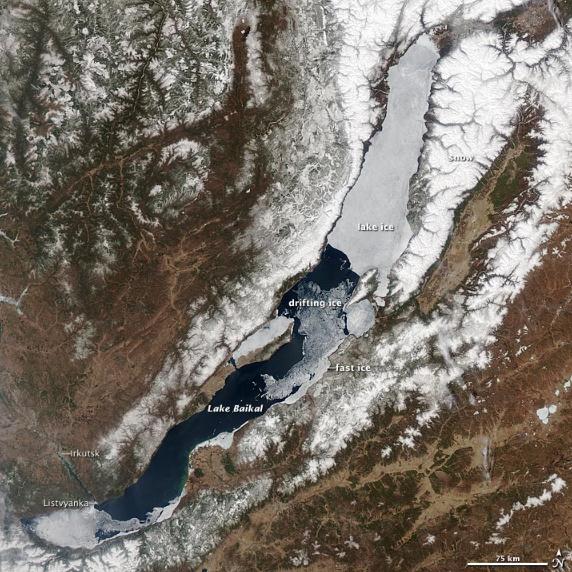 Image Of The Day: Ice Melting On Russia’s Lake Baikal. Details from NASA’s Earth Observatory:  “For several months each year, Russia’s Lake Baikal is covered by a thick layer of ice. Formation begins in late-December, and by mid-January the entire lake is usually blanketed. Come spring, the lake  begins its long, slow melt. Patches of open water usually appear in the southern part of the lake in early May and move progressively northward. But it isn’t usually until late June that the last remnants of the ice have disappeared from the northern reaches of the lake.” 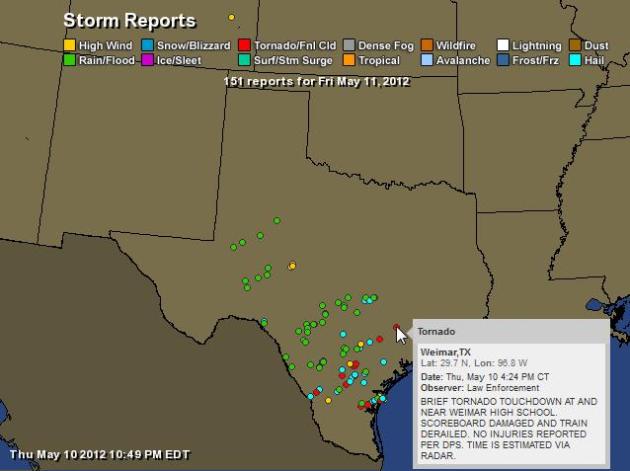 Texas Tornadoes. More than half a dozen tornado touchdowns were reported Thursday from San Antonio to Corpus Christi. For an interactive map of hail, damaging wind and tornado reports, clickhere. Map courtesy of Ham Weather.

Better Forecasts Are On The Radar For Duluth. Every NWS Doppler is getting a software/hardware upgrade to “dual-pol”; the Duluth News Tribune has details: “The radar at the National Weather Service office in Duluth will be out of order for a few days but will come back online better than ever. Crews are installing a new type of radar, called dual polarization, that will be better able to detect heavy rain that could cause flash floods, see through storms to identify the debris clouds caused by tornadoes and even tell the subtle difference between rain, sleet and snow. It’s part of a $50 million upgrade to the U.S. radar system that will see all 160 National Weather Service and military radars upgraded to dual polarization.”

Photo credit above: “The National Weather Service Duluth office radar dish as seen inside the large radar dome. The radar is being upgraded to give forecasters more live data on severe thunderstorms, rain and winter storms. The dish pointed straight up to allow crews to install the upgraded equipment. (Clint Austin / caustin@duluthnews.com).” 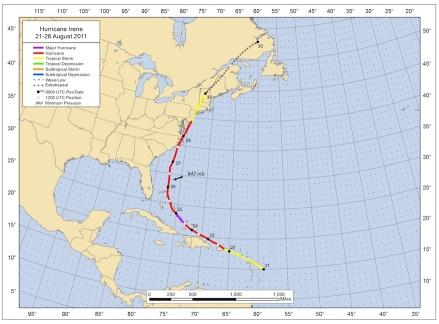 Hurricane Irene Ranked Most Costly Category 1 Storm. Meteorologist Andrew Freedman at Climate Central has more details: “Hurricane Irene, which first made landfall in North Carolina on August 27, and went on to cause devastating flooding in several Northeastern states, is now ranked as the costliest Category One storm to strike the U.S. According to the National Oceanic and Atmospheric Administration (NOAA), Irene caused $15.8 billion in damage, much of it due to inland flooding. This ranking is a testament to how much expensive real estate the storm struck, as it marched up the eastern seaboard, passed directly over New York City, and swept through northern New England.” 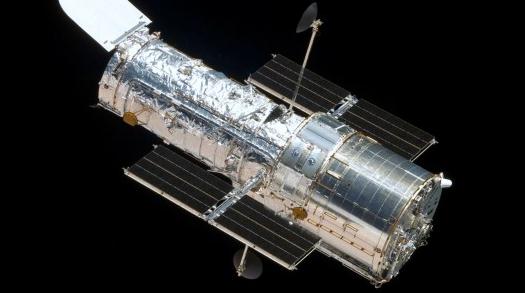 Hubble To Use Moon As Giant Mirror To Observe Venus Transit. This is pretty cool – here’s an except from a post at gizmag.com: “From Earth’s perspective, on June 5 and 6, Venus will pass across the face of the Sun. By observing the tiny fraction of sunlight that passes through Venus’s atmosphere using the Hubble Space Telescope, it is hoped that the planet’s atmospheric makeup can be determined. Though we already know the nature of Venus’s atmosphere, it is hoped the event will help astronomers hone techniques, already in use, that may one day help to identify Earth-like planets in far-away solar systems. The catch? Hubble cannot observe the Sun directly. Instead it will look at the Moon to observe reflected light.”

Weather Fit For A Prince? Prince Charles doing the weather on TV? I think the seventh seal has been broken now. If Snooki winds up anchoring the NBC Nightly News I’m heading for the hills. More (including a video) from TVNewser. Hey, he did an admirable job! “Viewers of the BBC News in Scotland received quite a surprise today. The regular weather anchor took a break, and instead the forecast was delivered a by a special guest: The Prince of Wales himself, Prince Charles.”