Warmer & Wetter East of Rockies by Next Week

2 Apr 2013, 5:49 am
Share:
GR8TFULL
Driving back from a speech to farmers in Lake Crystal last week I saw a license plate that made me think. GR8TFULL. Most of us are so preoccupied with everything that’s wrong with our lives; it’s helpful to remember what’s going right.
Yes, our delayed spring is annoying, but persistent chill has slowed snow melt & delayed severe storm season. 2012’s jaw-dropping warmth was accompanied by a severe drought. The current pattern is a radical departure from last year’s dry, Pacific wind. There’s growing evidence of a sustained flow from the Gulf of Mexico, pulling enough moisture north to gradually ease our drought by late spring.
That’s the hope & expectation.
Wind chill in early April is a major annoyance, but it may bode well for a year of more normal temperatures and rainfall patterns across the Upper Midwest.
Storm Machine. By Monday upper level winds (500mb winds at 18,000 feet) will be blowing from the southwest, pulling Gulf moisture northward. As long as a storm in the upper atmosphere is stuck over the southwestern USA the potential for significant rain events over the Plains and Upper Midwest will be high. My concern: enough rain to (rapidly) melt snow up north, which would accelerate snow melt and heighten the risk of river flooding, especially Red River Valley. It’s too early to say, but I could definitely envision a rapidly escalating river flood risk up north by mid and late April, just looking at how the pattern is setting up. 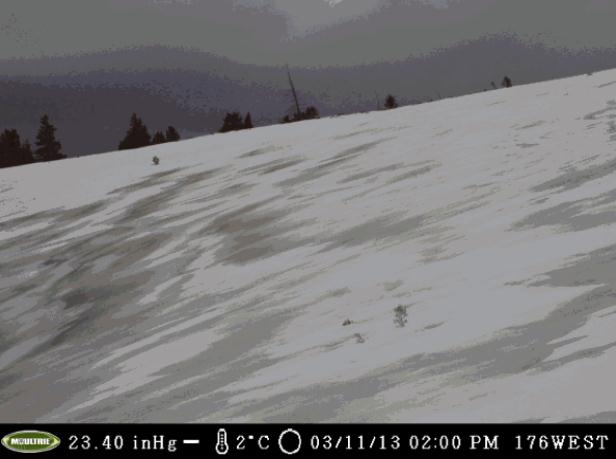 Idaho Duststorm Speeds Up Snowmelt: “Nobody On Our Staff Has Ever Witnessed Anything Similar”. Here’s an excerpt of a bizarre story courtesy of Think Progress: “…Another day, another amplifying feedback of Dust-Bowlification. The Idaho Statesmanreports: A dust storm that covered the mountains accelerated runoff at the end of winter, exposing scientists to a strange event. Scientists say the storm on March 6 caused unprecedented melting. The dust-on-snow show came during five hours of wind that averaged 34 miles per hour and gusted up to 57 mph on ridgelines at the Reynolds Creek Experimental Watershed in the northern Owyhee Mountains. Hydrologists at the U.S. Department of Agriculture research area then observed accelerated melting from March 10 to March 16, when a new dusting of snow covered the layer of dirty snow. “Nobody on our staff has ever witnessed anything similar,” said research hydrologist Adam Winstral...”Photo credit above: “Considerable snow had already melted by March 11 at the same spot in Owyhee Mountains. Credit: USDA.”

Fire Weather. Mace and Kim Michaels sent in these photos of smoke plumes from massive wildfires in southern Florida that have scorched an estimated 16,000 acres of land in Alligator Alley. 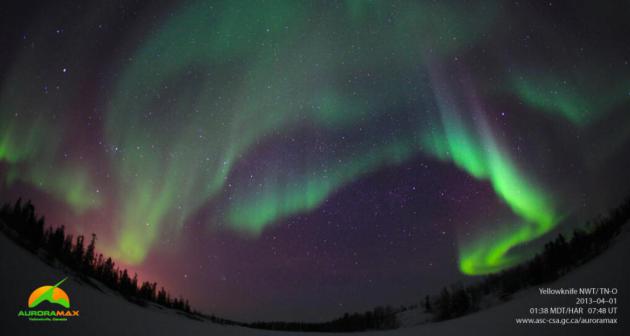 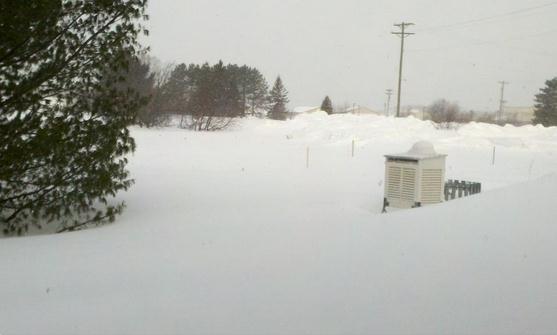 No April Fool’s Day Joke. The National Weather Service in Marquette, Michigan released this photo Monday, showing their weather instruments buried in 3-5 foot snow drifts. No, spring is nowhere in sight over the U.P. of Michigan. 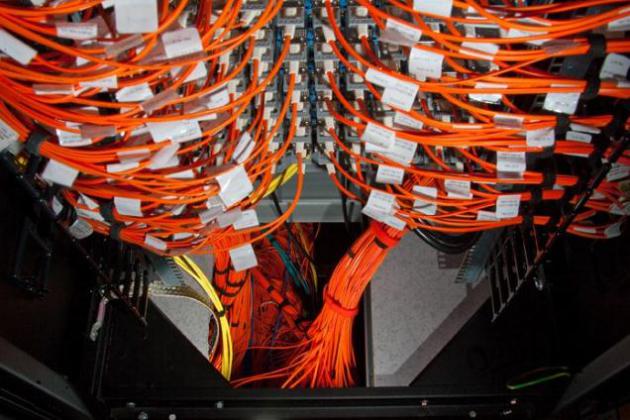 World’s Top Supercomputer From ’09 Is Obsolete, Will Be Dismantled. Here’s an excerpt of a fascinating, if a bit unsettling, article from Ars Technica: “Five years ago, an IBM-built supercomputer designed to model the decay of the US nuclear weapons arsenal was clocked at speeds no computer in the history of Earth had ever reached. At more than one quadrillion floating point operations per second (that’s a million billion, or a “petaflop”), the aptly named Roadrunner was so far ahead of the competition that it earned the #1 slot on the Top 500 supercomputer list in June 2008, November 2008, and one last time in June 2009. Today, that computer has been declared obsolete and it’s being taken offline. Based at the US Department of Energy’s Los Alamos National Laboratory in New Mexico, Roadrunner will be studied for a while and then ultimately dismantled. While the computer is still one of the 22 fastest in the world, it isn’t energy-efficient enough to make the power bill worth it...”
Photo credit above: “Roadrunner, formerly the world’s fastest supercomputer, is being decommissioned today.” Los Alamos National Laboratory.

Best April Fool’s Pranks. There are some good ones in here, including “Google Nose”, and a new mouthwash I just can’t get enough of. Check out the details and videos atHuffington Post.

* photo above courtesy of Tim Butz. 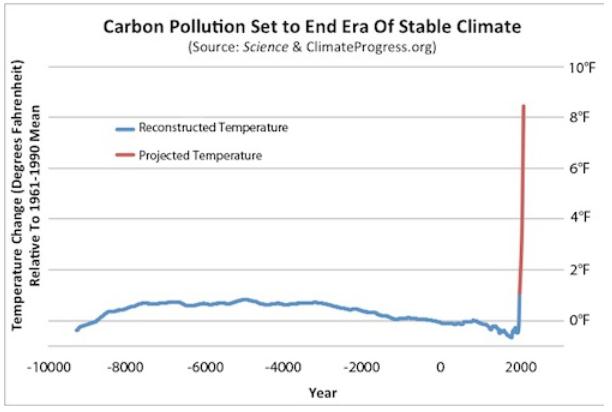 Recent Warming Is Still Unprecedented In Speed, Scale and Cause. Here’s an excerpt from Think Progress: “Earlier this month, we reported on a new study by Marcott et al. in Science: Recent Warming Is ‘Amazing And Atypical’ And Poised To Destroy Stable Climate That Enabled Civilization. It was the source of most of the data in this popular, jaw-dropping graph.
Now Real Climate has posted a summary and FAQ by Shaun Marcott and colleagues, which I’ll excerpt below. As the real climate scientists at RC note:

Our view is that the results of the paper will stand the test of time, particularly regarding the small global temperature variations in the Holocene. If anything, early Holocene warmth might be overestimated in this study.

The main, stunning conclusion we can draw from the paper is that the rate of warming since 1900 is 50 times greater than the rate of cooling in the previous 5000 years, which undermines the whole notion of adaptation…”Graphic credit above: “Temperature change over past 11,300 years (in blue, via Science, 2013) plus projected warming this century on humanity’s current emissions path (in red, via recent literature).“ 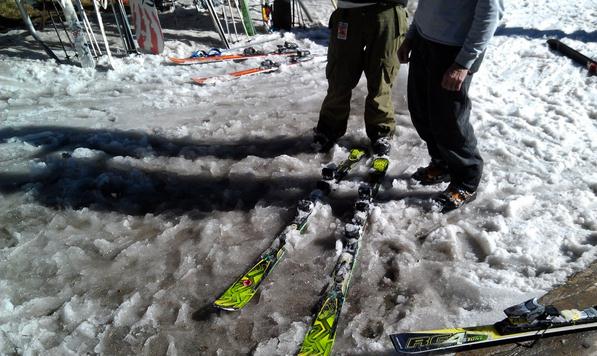 Changing Seasons. Here’s an excerpt of a story from physicist Mark Boslough atHuffington Post: “…Scientists and meteorologists have voiced growing concerns that the winter season is disappearing across much of the northern hemisphere. Dr. Jeff Mastersput it bluntly, “Mother Nature has fast-forwarded past spring and gone straight to summer over the Midwest.” Now a group of scientists who see this trend as unstoppable have proposed changing the way we define seasons. Mark Boslough, a New Mexico physicist, explained, “We have chosen to define seasons in a very arbitrary way. Seasons are an artifact of human creation and it’s time for an update.” Boslough pointed out that astronomy went through a similar controversial redefinition in 2006, when the International Astronomical Union redefined the meaning of the word “planet” and removed Pluto from the list...” 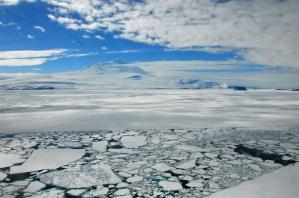 Americans Want Climate Change Preparation, Don’t Want To Pay For It.Environmental Leader has the story – here’s a snippet: “An overwhelming majority of Americans want to prepare to minimize likely damage caused by global warming-induced sea-level rise and storms, but most citizens want people whose properties and businesses are located in hazard areas – not the government – to foot the bill for such measures, according to a survey conducted by the Stanford Woods Institute for the Environment and the Center for Ocean Solutions. Some 82 percent of those surveyed said that people and organizations should prepare for climate change in advance, rather than simply deal with the damage after it happens. Among the most popular policy solutions identified: strengthening building codes for how to build new structures along the coast to minimize damage, favored by 62 percent of respondents, and preventing new buildings from being built near the coast, which was supported by 51 percent.…”

What Deniers Of Climate Change Must Deny. Here’s an excerpt of a Doug Craig post atRedding.com: “…There are numerous facts, truths and realities climate change deniers must deny in order to cling to their delusions and remain active members in the science denial club. Here is another one.2) The history of climate science. We have nearly 200 years of climate science starting with Joseph Fourier who first considered “the possibility that the Earth’s atmosphere might act as an insulator of some kind” and first proposed what is now known as the greenhouse effect.Over the years we have had Tyndall, Arrhenius, Callendar, Plass, Suess, Revelle,Keeling, Charney, Lovelock, Hansen, Broecker, Oreskes and Schneider, to name but a tiny few of the important figures who have made significant contributions to climate science. Most of us will leave little record of lasting import that we were here or did anything of significance for humanity. Unlike these giants of science. Climate change deniers must deny the very history of the science that has brought us to this moment. In fact, the less they know, the better. If they actually studied and understood climate science, they would not be deniers…” 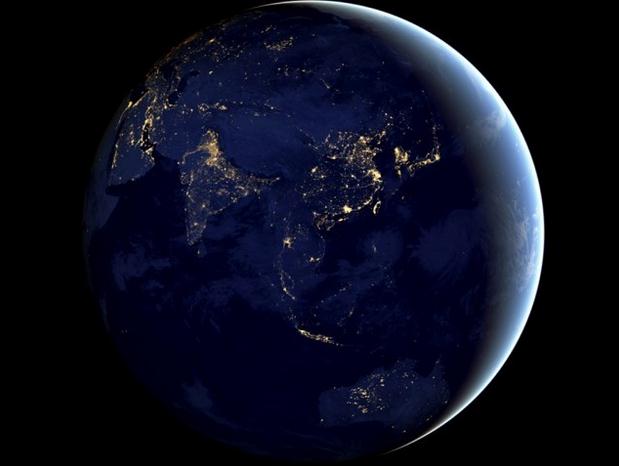 Global Warming: The Earth is Hurting. Here’s the intro to an Op-Ed at Pakistan’sExpress Herald: “We have an amazing planet, the only one in the universe with a perfect ecosystem. It has enough food and water, amazing species and a nature which has created the perfect balance for long-term sustenance. Human intervention and abuse is unfortunately destroying this fine balance and if we do not take corrective action soon, we may not leave an inhabitable planet for future generations. Why is Earth hurting? The reason has nothing to do with the fact that humans have passed the 7 billion mark and another 2 billion will be added by 2050; God’s grand design can sustain human population far beyond this number.  The reason has more to do with how we treat Earth, how callous we are when it comes to controlling pollution, deforestation and ozone depletion…” (photo above: Reuters).