Cold Sinks SouthThanks to my good friends Bob and Mary Miller for this great shot from Bonita Springs, FL. The sunset last night looked stunning, however, I’m sure it was a little chilly! 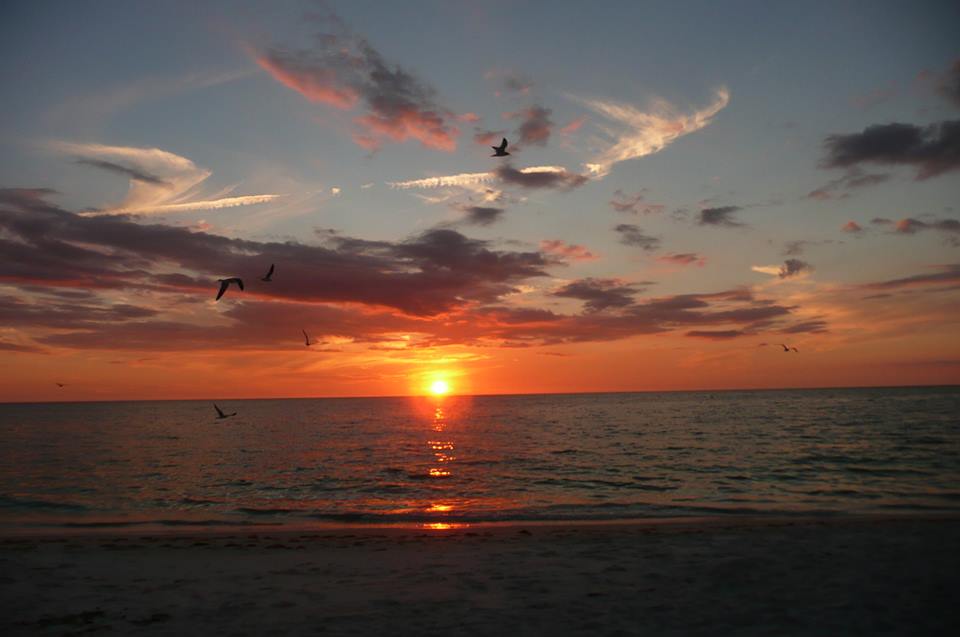 It was another frigid morning for many in the eastern two-thirds of the country on Tuesday where temperatures dipped to record low values in some areas. Thanks to WPMI-TV out of Mobile/Pensacola for this picture, which was taken in Turnerville, AL early Tuesday… Now that’s a site you don’t see too often this far south!

Morning Lows TuesdayWould you believe that it was colder this morning in Pensacola, FL than it was in Billings, MT. The coldest of the cold is still situated across the Great Lakes, where earlier today, temperatures dipped into the -10s and -20s. With the wind chills, some areas had -20s to -40s wind chill values! BTW, it was even cold enough in Atlanta, GA for schools to be cancelled!

Notable Cold TempsThanks to a number of different weather service office across the nation for posting their local low temperature records/notable low temperature numbers from Tuesday. How about that one from Key West, FL where the low temp of 55F was the coldest reading there since February 18th, 2013 when the mercury dipped to 53F.

Another Cold NightThe National Weather Service continues FREEZE WARNING headlines for the Gulf Coast region as temperatures are expected to dip into the 10s and 20s once again through AM Wednesday.

Tracking A Warmup!Take a look at the 850mb temps over the next few days and note how different it looks from the depths of the Arctic plunge on AM Tuesday to a much warmer PM Friday.AM TUESDAY

High Temperatures FridayAhh, now this is more like it!

Here are the highs from normal on Friday! Note that instead of the eastern two-thirds nation being nearly 20F to 30F below average, we’ll be nearly 5F to 10F ABOVE average!

Cold in the United StatesWhile it has been extremely cold across parts Canada, did you know that parts of the northern hemisphere has been warmer than average over the past 30 days? An article by Climate Central suggests that the our recent Arctic blast may be part of a bigger pictures that describes an alteration in heat balance from the North Pole to the Equator.“The Arctic has had a mild winter so far, in part because of an area of high pressure in the North Pacific Ocean that has blocked the flow of weather systems like a stop sign at an intersection, forcing the jet stream northward over western Canada, and then back down to the southeast across the U.S. That favors episodic outbreaks of cold air in the East, Cohen said, but not extended cold.“Read more from Climate Central HERE: 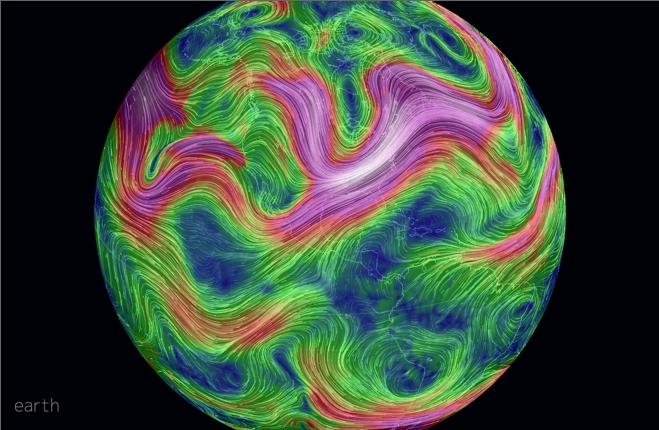 Heavy Lake Effect SnowThanks to Karen Miller-Rickard for this picture out of Watertown, NY where heavy lake effect snow has been piling up since earlier this week. 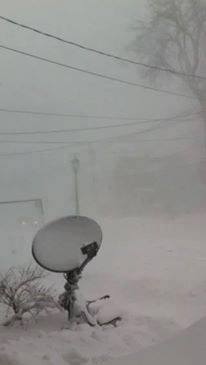 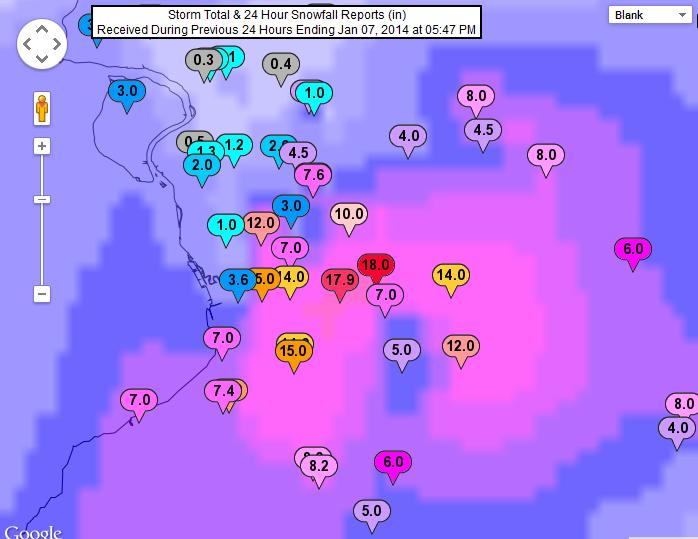 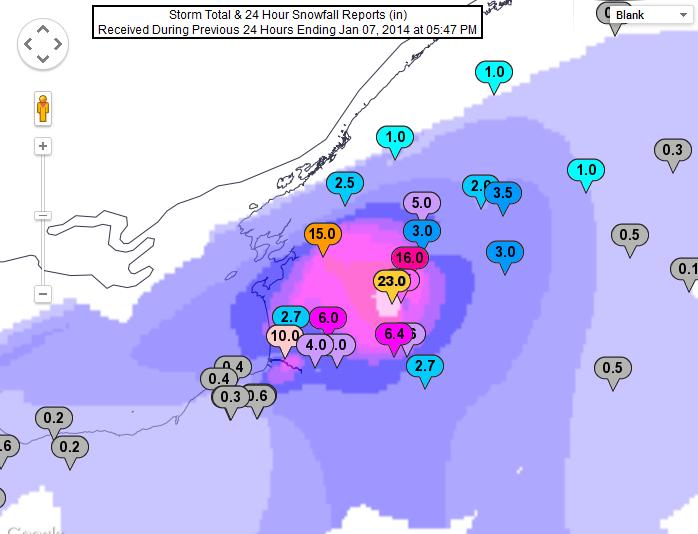 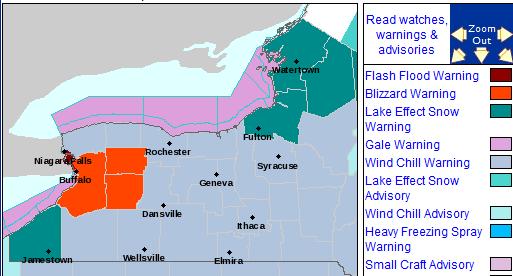 Snowfall ForecastHere’s the snowfall forecast through PM Wednesday, which shows the heaviest (additional) tallies east of Lake Ontario, where we’ve already had some of our highest tallies reported so far. 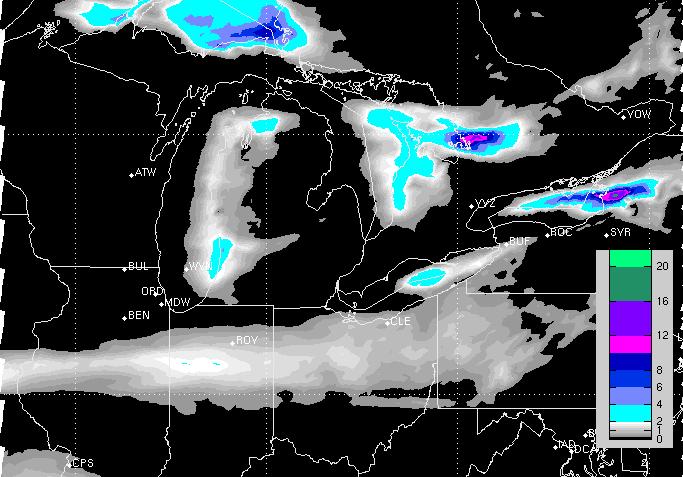 National Snow ForecastOther than the heavier lake effect snow around the Great Lakes Region, there isn’t much happening on the national snowfall forecast thru midday Friday, except for folks in the western mountains. Higher elevations in the Rocky Mountains through the end of the week could get quite a bit of snow! 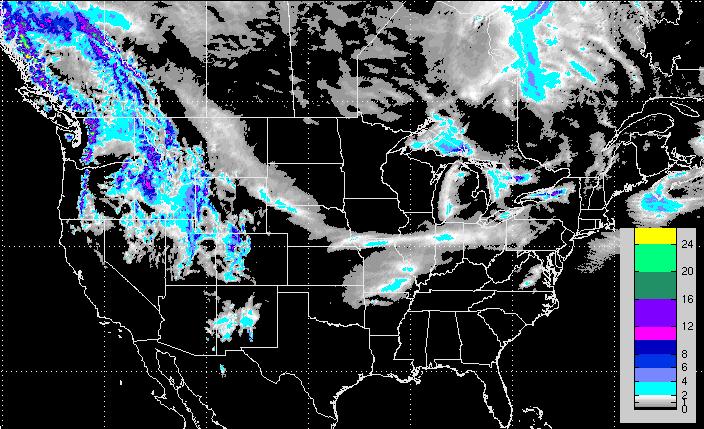 Developing SystemsSeveral impulses of energy will continue whipping the West Coast through the end of the week and each one of these system will slide into the central part of the country with rain/snow and wintry mix chances.

5 Day PrecipitationHere’s NOAA’s 5 day precipitation forecast, which suggests several inches of precipitation in the higher elevations of the Olympics/Cascades in the Pacific Northwest, while lighter amounts will tally up in the central part of the country. 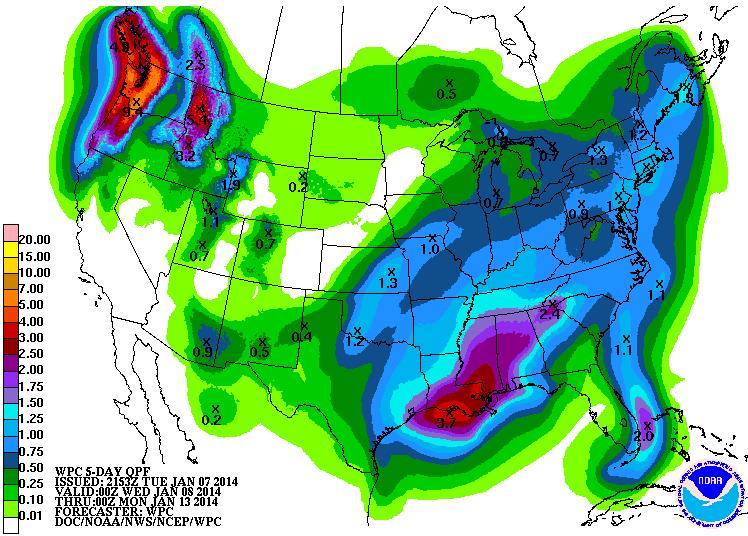 Thanks for checking in on this Tuesday, have a great rest of your week! Don’t forget to follow me on Twitter @TNelsonWNTV