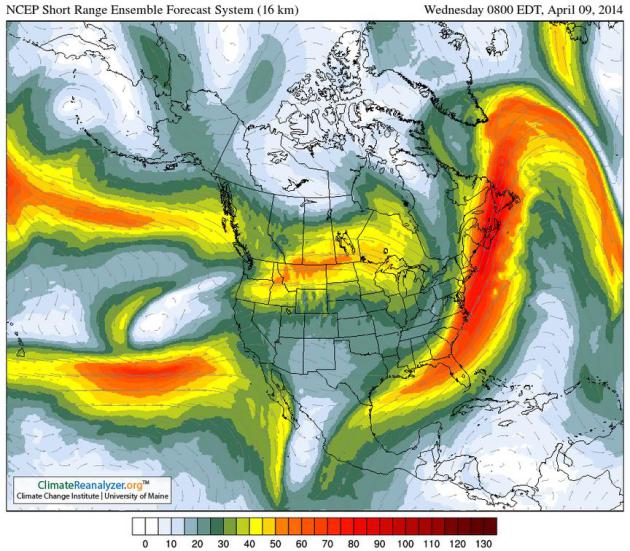 A Springy Blip. A fluke or a trend? Warm weather comes in waves (as does the chill), and we’ll all get to experience a tantalizing glimpse of spring this week as snow rapidly melts in response to a Pacific flow and sun angle as high in the sky as it was in early September. 500mb winds Wednesday morning show a strong zonal flow with temperatures well above average by midweek. Map: Climate Reanalyzer. 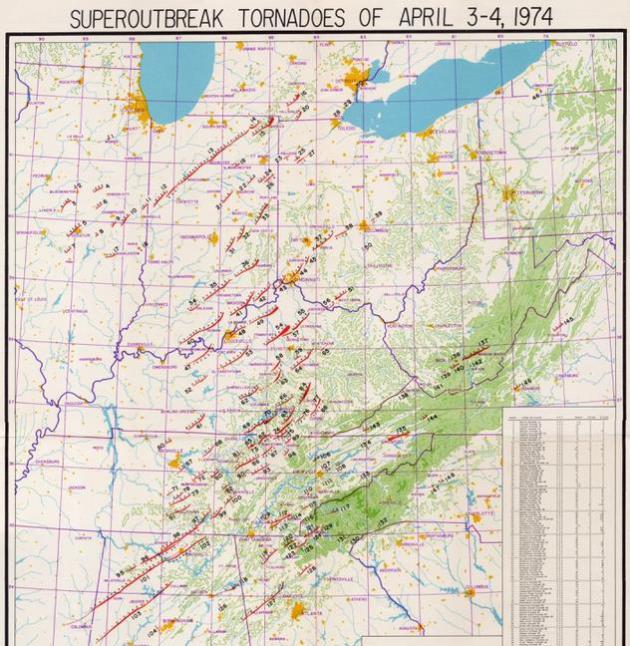 Tornado Technology Innovation Born From 1974 Tragedy. It’s hard to believe it’s been 40 years since the “Super Outbreak”, 150 tornadoes in 13 states, but that swarm, a record at the time, set the stage for new technologies and innovations that have dramatically lowered the death toll from these fickle storms. Climate Central has more details; here’s a clip: “…Tornado prediction has also dramatically improved. To illustrate some of those advancements, the Storm Prediction Center used observations of conditions that preceded the 1974 storm and ran computer models on Wednesday to see how well they could forecast the outbreak if it happened today. It turns out the models were able to identify conditions that were conducive for tornadoes to develop in a number of locations where twisters did touch down in 1974…”

Graphic credit above: “A hand-drawn map by Ted Fujita showing the 1974 Super Outbreak of tornadoes in the U.S.” Credit: National Weather Service, Wilmington. 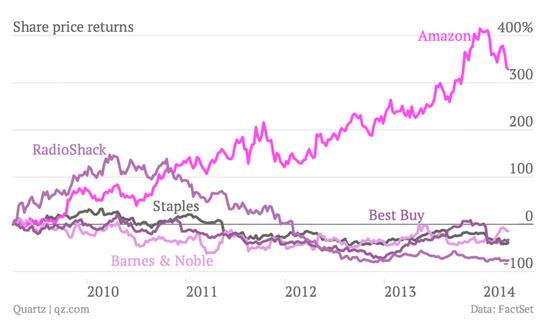 TV Industry Take Note: This Is What Being Disrupted By Amazon Looks Like. Will Amazon make a dent in TV viewing, threatening giants like Netflix? It would be wise not to discount their efforts, based on recent history. Here’s a clip from Quartz: “Amazon yesterday thrust itself into the increasingly crowded battle for control of your living room, with the launch of its own streaming device, FireTV. The online retailer has an uphill battle ahead in streaming video—a sector dominated by Netflix and, to a lesser extent, Hulu, with Apple also trying to crack the code. But those populating the television ecosystem would do well to remember just how disruptive a force Amazon has been in America’s economy in recent years...”

Google’s Sneaky New Privacy Change Affects 85% of iPhone Users – But Most Of Them Won’t Have Noticed. Yes, if the product or service is “free”, YOU are the product. Privacy? Sounds good on paper, but it’s becoming increasingly impossible to pull off. Here’s an excerpt from Quartz: “…What Google really wants is for everybody to be signed in to their Google accounts all the time,” a Google insider told me in passing last month. Around the same time, the official Gmail blog put up a 205-word post explaining the latest update to the Gmail app for Apple devices that run on iOS 7.  The app now fully supports background app refresh, which means your Gmail messages will be pre-fetched and synced so they’re right there when you open the app—no more annoying pauses while you wait for your inbox to refresh…”

The Remarkable Resilience Of Old-Fashioned Radio In The U.S. Most of us are still stuck in our cars, listening to terrestrial radio. Satellite radio hasn’t made much of a dent, overall. Will that change with Internet-connected vehicles coming on line, when you can suddenly call up Spotify or Pandora and listen to your own custom play-list? Quartz takes a look; here’s an excerpt: “…Yet while old-fashioned radio has proved remarkably resilient up until now, it could be approaching an inflection point thanks to the advent of the internet-connected car. GMSA, an industry group representing mobile operators, last year said it expects 50% of all new vehicles (pdf) sold by 2015 to be internet-enabled, and 100% by 2025. Internet radio services give listeners a near-infinite amount of options, and advertisers the ability to target specific audiences, but they also face disadvantages...” 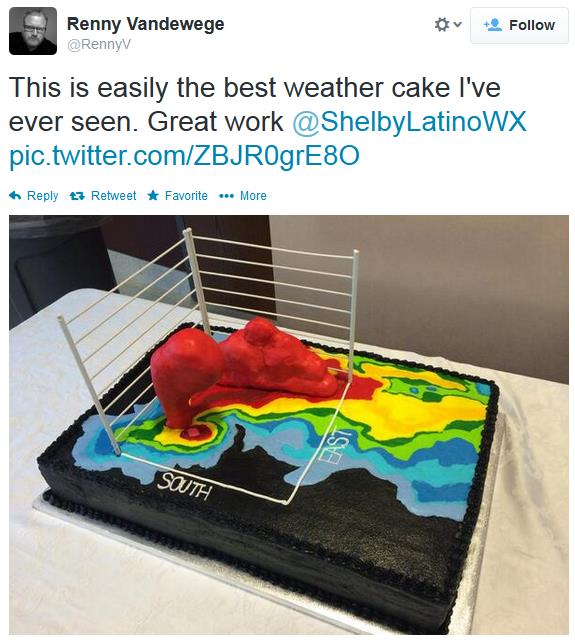