What March? Major Snow & Ice Storm Spreads Across Ohio Valley into Virginias and Maryland by Monday 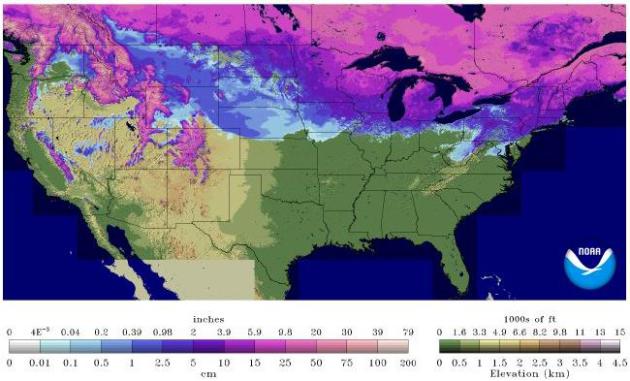 SWE: Snow Water Equivalent. According to NOAA estimates there is anywhere from 2-10″ of liquid water trapped in Minnesota’s snow pack right now, the greatest amounts over the Arrowhead, closer to 4-6″ of water in and around the Twin Cities. This is one (of many) factors that hydrologists at NOAA will be examining when predicting the spring river flooding risk. 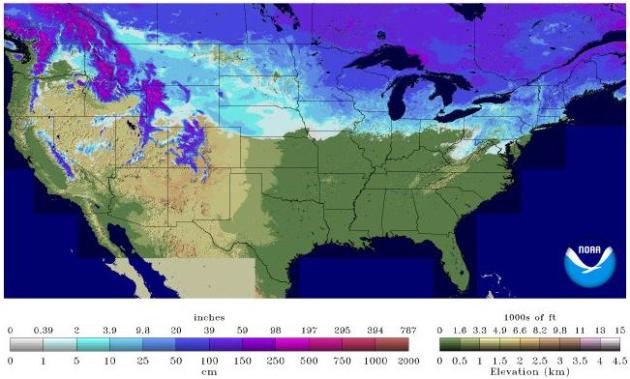 USA Snow Cover. The northern third of America is still covered in snow; heaviest amounts over the highest elevations of the Pacific Northwest and Rockies; 15-35″ on the ground across the great state of Minnesota. 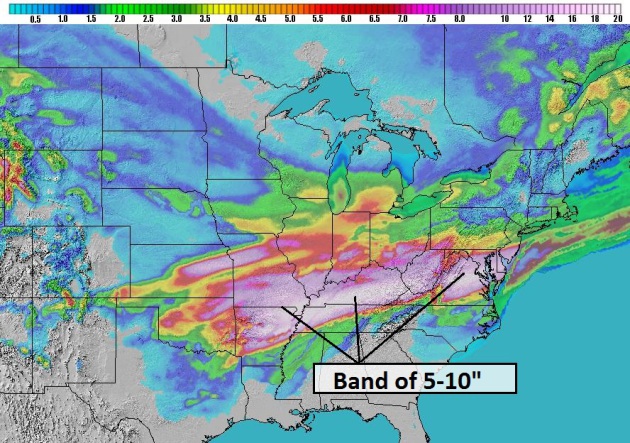 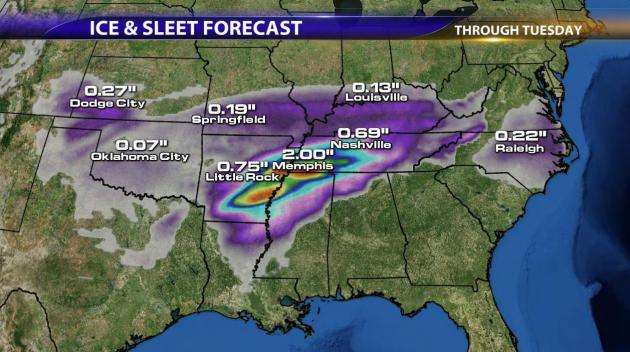 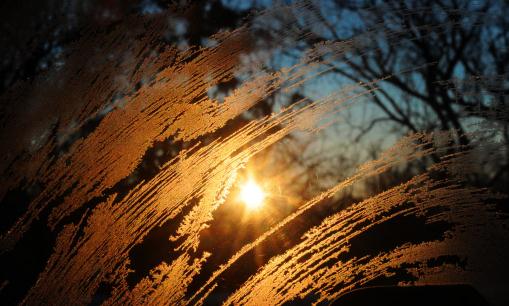 Measures Of This Cold Winter. Dr. Mark Seeley has a few eye-opening weather nuggets and statistics related to the duration and intensity of the cold across Minnesota in this week’s edition of Minnesota WeatherTalk; here’s an excerpt: “….For the meteorological winter (Dec-Feb), persistent cold and snow cover have been the themes across Minnesota. On a statewide basis it is the coldest winter since that of 1978-1979 and will likely end up among the top 5 coldest historically. Some measures of the cold winter season include:

– A rain/snow/ice mix is expected to begin falling this afternoon in southern and central Missouri. Expect rain at first, transitioning over to ice and snow by the evening. This storm will push eastward and by the end of the weekend will have impacted southern Illinois, Indiana, Ohio and Northern Kentucky.

– Heavy winds will also accompany the fresh snow. This will make travel conditions even more difficult due to reduced visibility, including white out conditions, along with drifting snow. Please take extra precautions if traveling this weekend. Below is our in-house BPI forecast (Blizzard Potential Index). This shows the greatest potential for blizzard conditions to occur. The area below outlined in red is where we expect the wost conditions over the next few days as the storm progresses to the east. 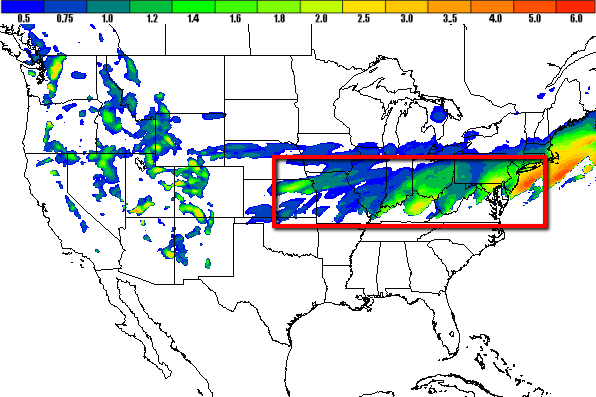 – Snow and rain will begin late this afternoon in Missouri and northern Illinois, Indiana and Ohio and carry on overnight and into Sunday. Here is a look at the simulated radar from Weatherbell this evening. 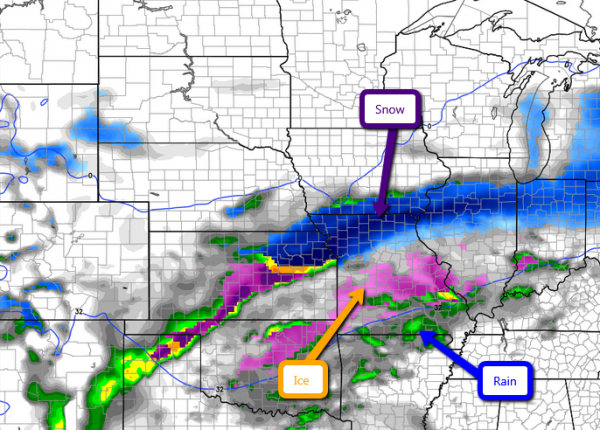 – By Sunday evening the snow/rain line will have pushed farther to the south bring a mixed bag of precip to Kentucky and West Virginia. You can see the very fine line between what is snow, ice and rain.

– Once the system has moved through most areas will have seen over 4+ inches of snow with some seeing as high as 8+ where the air stayed colder only allowing for snow to fall. Map: Weatherbell. 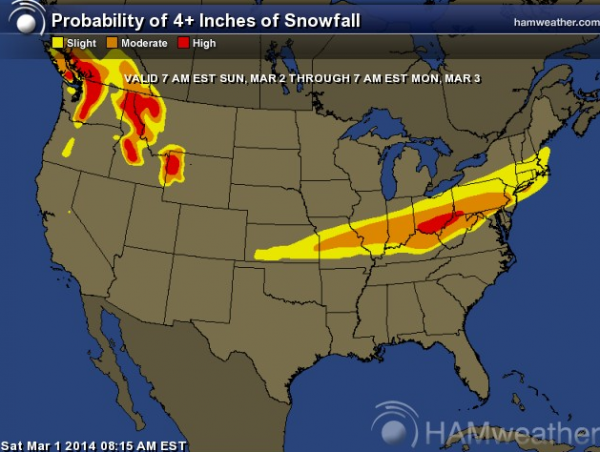 – Expect difficult driving conditions and air travel delays over the next 48 hours in the Central Plains. Driving will be hazardous as a rain/snow mix will create a layer of ice on roads accompanied by heavy winds to reduce visibility and create drifts. This will also cause extensive power outages as power lines will be dragged to the ground by the heavy ice accumulation and wind. Graphic: NOAA SPC and Ham Weather.

FLOODING IN CALIFORNIA
– More rain is expected for Southern California today and into the evening. Up to another inch of rain again today causing widespread flooding for most areas. Below is the forecasted rain accumulation today.

– Heavy rain yesterday already created serious flooding and mudslides. Some areas reported 5″+ of rainfall, which destroyed roads and flooded low-lying areas. After additional rain today, expect continued flooding concerns, but the good news is that dry skies are in sight. Rainfall should wrap up across this area by the end of this evening.

– Heavy rains have already caused mudslides and flooding across much of the area. Try to remain off roads and do not risk driving your vehicle through a flooded road. It only takes a few inches to knock you off your feet and 6″ to move your vehicle.

SEVERE RISK TODAY
– The Storm Prediction Center has issued a slight risk for most of the Southeast Sunday. The main risks will be widespread straight line wind damage and hail. A few tornadoes cannot be ruled out. The same system that is bringing snow and ice to the Central Plains will continue to dive south bringing the cold air to the warm moist air in the gulf creating strong instability. That coupled with decent wind shear will create the opportunity for a line to form Sunday evening and overnight. Expect a long narrow band of high precip and damaging winds to form into a squall line with the chance of isolated tornadoes. Here is the risk that the SPC has issued for tomorrow: 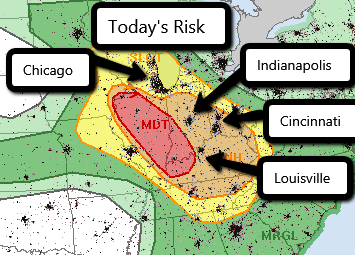 SUMMARY:
– A lot going on out there today and tomorrow. Biggest concern for me today is the rain/ice/snow mix falling this evening from Missouri to West Virginia. Difficult travel conditions along with several power outages can be expected. It’s best to get home and stay there this weekend. California has been experiencing heavy rain and isolated severe weather yesterday. Today expect another round of rain, although I don’t expect totals today to be as high as yesterday. Stay off flooded roads and take proper precautions for flooding in your area. Tomorrow evening expect a line of thunderstorms to form and produce damaging winds and hail for most areas. This most likely WILL be an overnight event, so make sure your weather radios are on and you take proper precautions before going to sleep.  After these next few days, things should begin to quiet down as high pressure will take control over most of the central US. Stay safe! 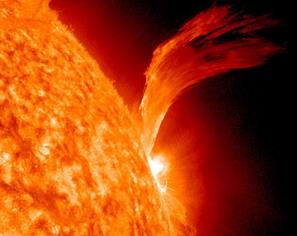 Will Future Sunburst Unplug The Earth? X-Class solar flares are measured on a G-scale from 1-5. A Category 4 or 5 geomagnetic storm has the potential, under just the right circumstances, to bring down the grid. How likely? Here’s an excerpt of a story at pressherald.com: “…If the remnants of a similar solar flare struck the planet today? “Gee, I’d be without cable TV,” Melott deadpanned. Without email too, some fear. No heating or cooling. No electric grid. Satellite technology, it was nice knowing you. This is the scenario rolling out from a growing network of scientists, policymakers and survivalists. Not quite doomsday because life itself would continue, but a silent natural disaster that could unplug us from all we depend upon...”

Photo credit above: “This image shows a solar flare just as sunspot 1105 was turning away from Earth on Sept. 8, 2010. The active region erupted, producing a solar flare and a fantastic prominence.” The Associated Press.

One response to “What March? Major Snow & Ice Storm Spreads Across Ohio Valley into Virginias and Maryland by Monday”