[The sun goes down at the South Pole: The last light of autumn from Tuesday bathes an array of flags from the 12 nations that were the original signatories on the 1959 Antarctic Treaty who pledged that they would pursue non-military, cooperative scientific research. Courtesy of Robert Schwarz/University of Minnesota]

The spring equinox in the Northern Hemisphere feels like a moment of promise, as the year swings toward warmth, birdsong and blossoms. For researchers at NOAA's South Pole Atmospheric Baseline Observatory, March 20 was a different kind of seasonal marker: A dimming sun dropped below the horizon and won’t rise again for six long months.

NOAA’s observatory is part of the U.S. Amundsen-Scott South Pole Station, the coldest, highest and most remote research facility on the planet. In winter, it’s so cold aircraft systems don’t work. Scientists and support staff are on their own until late October.

For Lt. Cherisa Friedlander, South Pole Station chief of NOAA's first all-women crew, the summer has already been “incredibly rewarding.” “It’s impressive to see how many scientists are Antarctic ‘veterans’ and come back for another research season,” she said, evidence of the draw this harsh continent has on people.

The duty is hard: The daily climbs up a metal tower in numbing winds to clear ice from the inlets of measuring instruments, the monotony of making the same measurements day after day, the persevering through extraordinary cold and unending night. The work requires a positive attitude and mental and physical hardiness to be away from family, friends and civilization for that long.

But the rewards are rarified. Few humans will ever experience the vastness of the southern skies and rippling pulses of the Southern Lights like those who "overwinter" at the South Pole.

“I continually remind myself of how many women would love to be in the same position as me if they could,” said Friedlander. “My mother tells me every day how proud she is and how she could never do something like this — but, the woman raised five kids. I think she could do anything!” You can watch the NOAA’s South Pole live web camera at this link. 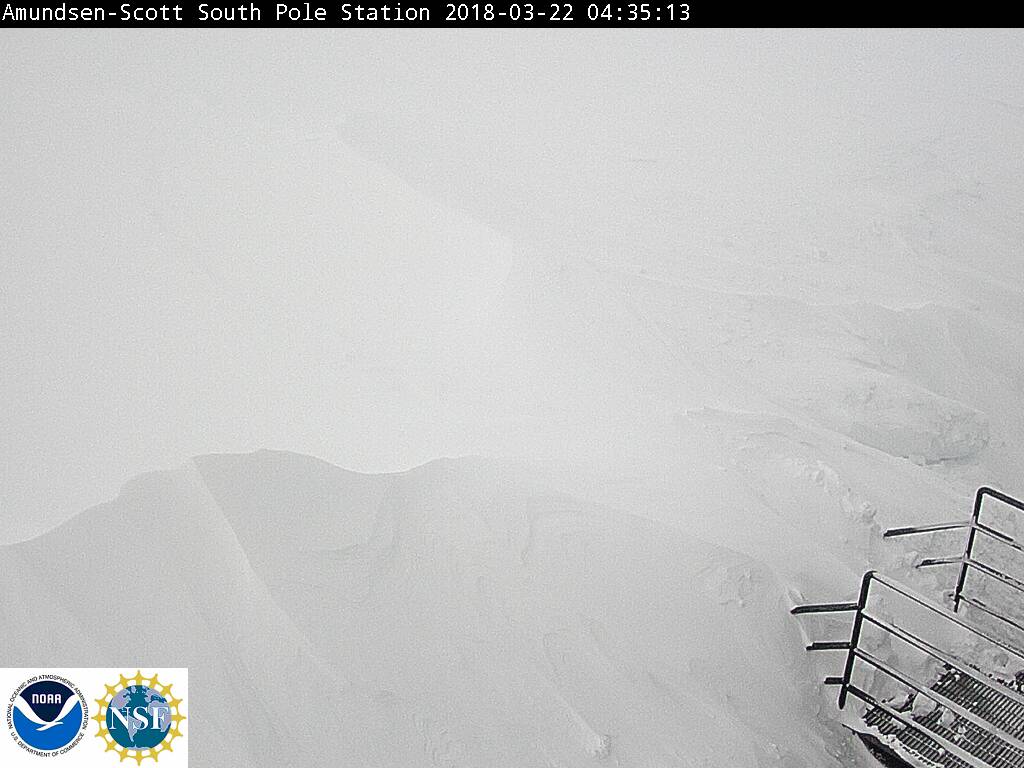 Edited for WeatherNation by Meteorologist Mace Michaels
All Weather News
Severe Weather Threat Moving East Thu Fri
A surface low and accompanying cold front wil
9 Feb 2023 1:30 AM
Southern Plains and Ozarks Snow Chance
Post rain, as we head into Thursday and Frida
9 Feb 2023 1:29 AM
Ongoing Flooding through the Central Plains & Midwest
The flood risk is heightened through the Cent
9 Feb 2023 1:15 AM
Heavy Rain, Ice & Snow from the Plains to the Great Lakes
Another system is forecast to move into the P
9 Feb 2023 1:00 AM
Severe Weather Stretches into the Midwest Wednesday & Thursday
The same area of low pressure that is bringin
8 Feb 2023 11:05 PM
Surge of Warm Temperatures and Active Weather for New England Thursday and Friday
We are looking at the opportunity for a storm
8 Feb 2023 8:30 PM
Watching an Area of Low Pressure to Impact the Southeast with Heavy Rain & Snow this Weekend
The upper level low creating severe weather c
8 Feb 2023 7:15 PM