Area of Interest in the Atlantic; Tropical Storm Howard in the Pacific
Severe Weather and Fire Concerns Continue Across the Northwest as the Heat Breaks
Monsoon Season: Pros & Cons
Rain, Storms & Flooding From the South to Ohio Valley
Wildfire Update - Increased Containment For Some
Northeast Heats Breaks Down with Storms
All Weather News

You might notice that your favorite female meteorologist is wearing purple. Wonder why? Many female broadcast meteorologists across the country are wearing purple to bring awareness for the need for women in STEM (Science, Technology, Engineering and Mathematics) careers.

March 14 marks the the third annual ‘Dress for STEM’ event. Each year on Pi Day (March 14), female broadcast meteorologists use the day as a platform to raise awareness for the need for more women in STEM-related fields. They also hope it will inspire girls to pursue higher education in STEM. A study by the Office of the Chief Economist showed that, “While nearly as many women hold undergraduate degrees as men overall, they make up only about 30 percent of all STEM degree holders. Women make up a disproportionately low share of degree holders in all STEM fields, particularly engineering.”

While the share of women in STEM fields has grown substantially since 1990, the amount of women working in STEM jobs has remained about half over time, according to the Pew Research Center. 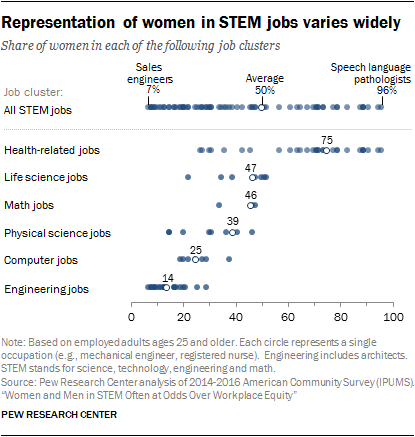 The same study found that women in those STEM jobs earned 35 percent more than comparable women in non-STEM jobs, which is higher than the 30 percent of the STEM premium for men.

You will notice that all of the female meteorologists at WeatherNation are joining in to support the efforts by wearing purple.