The History of Upper Air Observations: Kites, Aircrafts, and Balloons
Special Stories
8 Feb 2018 9:11 AM
[Over 250 years ago, meteorologists in Europe were using kites to carry thermometers aloft and record upper-air observations. Courtesy of the NOAA Photo Library] From NOAA

As a child, you may have felt the wind on your face as you launched a colorful kite into the air and watched it soar high above you. But, you might not know that, over 250 years ago, meteorologists in Europe were using kites to carry thermometers aloft and record upper-air observations.

By the late 1890s, the U.S. Weather Bureau had begun regular kite observations across the country. However, these “observation kites” looked vastly different from the kites we might see children play with today. 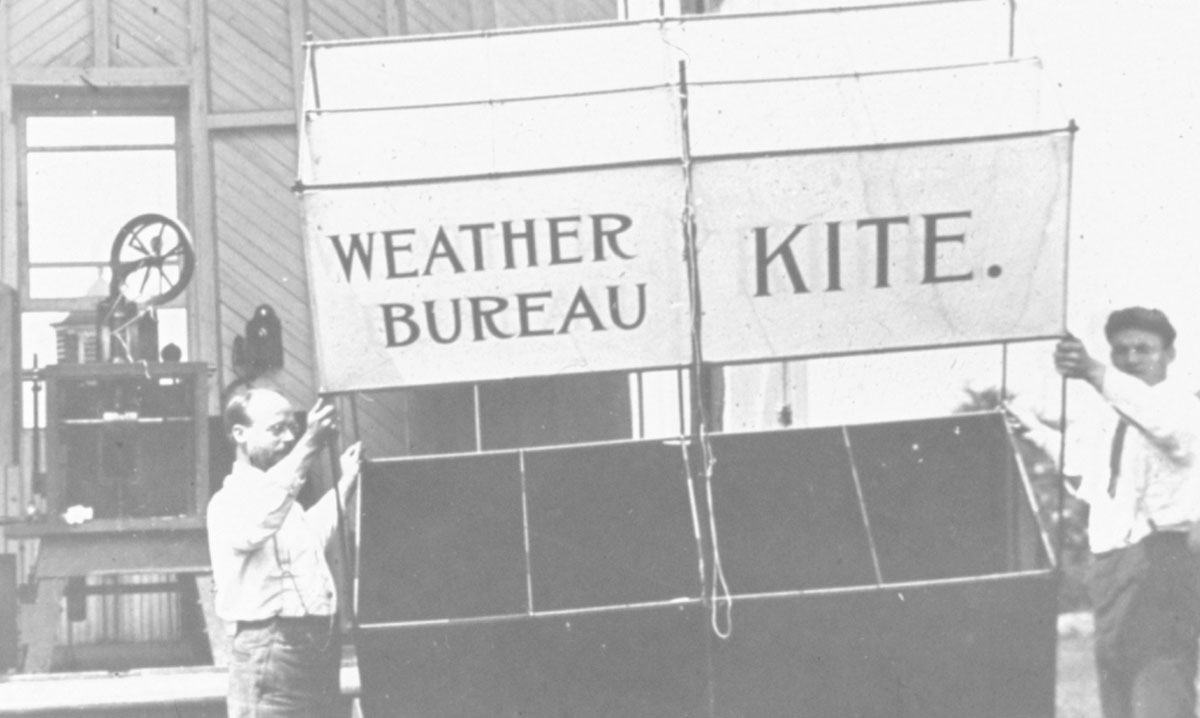 Advantages and Disadvantages of Observation Kites

Despite their advantages over manned balloon ascents, which were very dangerous, kite observations also had several disadvantages. For example, the kites could only reach an altitude of under 2 miles (about 3 kilometers), which limited their ability to take observations in the upper layers of the atmosphere. Moreover, meteorologists and scientists were unable to evaluate the data until after they reeled in the kite and recovered the observations from the meteorograph. If winds were too strong or too light, kites were not able to take observations at all. The potential for the kites to break away and endanger lives and property also made them a less than ideal option.

The Search for a Better Option

Because of the problems associated with kites, scientists continued to search for a better way to take observations in the upper layers of the atmosphere. And, by 1933, the advent of aircraft carrying meteorographs completely ended routine kite observations. However, like the kite, pilots could not fly in poor weather, and scientists could not analyze the data collected until the plane landed. Additionally, pilots could only fly a little over 3 miles (about 5 kilometers) above the ground. 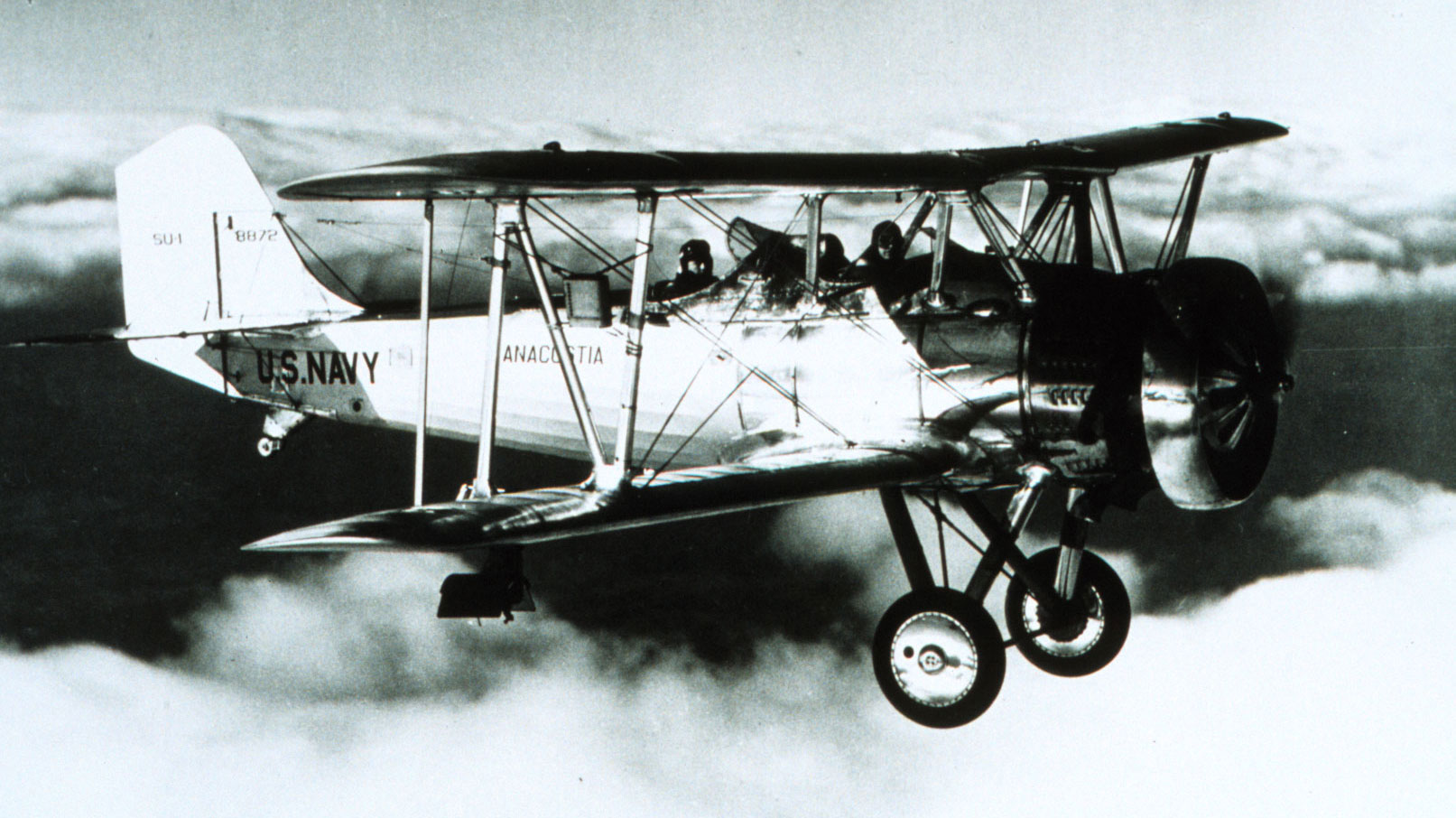 [This Navy biplane had a meteorograph mounted on its starboard wing strut. As it flew in 1934, it took meteorological measurements of atmospheric pressure, temperature, and humidity. Courtesy of the NOAA Photo Library]

The inability of kite and aircraft meteorographs to reach higher layers of the atmosphere, operate in all weather, and provide data in real time helped foster the development of the first radio transmission of upper-air data. In the late 1920s, scientists began suspending primitive radio transmitters from large, unmanned balloons. And, by the early 1930s, they were launching the first radio-meteorographs or “radiosondes” into the stratosphere. In 1937, the Weather Bureau established a network of radiosonde stations that continues to the present day in the United States.

The Importance of Upper-Air Data

During its journey through the atmosphere, a modern-day radiosonde uses radio waves to transmit a variety of measurements to computers on the ground, including: https://twitter.com/NWSCorpus/status/901225807137386496 Scientists routinely use these data to build atmospheric profiles, which are essential to understanding the structure of weather systems. When collected at a large number of locations, upper-air observations help establish the initial conditions for computer models that forecast weather and climate conditions. These observations also serve as a vital reference for calibrating satellite measurements. And, they provide the foundation for measuring changes in multiple levels of Earth’s atmosphere. Edited for WeatherNation by Meteorologist Mace Michaels
All Weather News
Heavy Rain and Severe Risk From the Gulf Coast to the Mid South This Week
As we head into the work week, active weather
6 Feb 2023 11:55 AM
Northwestern United States Rain and Snow
Winter alerts are in place for parts of the P
6 Feb 2023 4:00 AM
Warmer Temperatures but More Rain and Snow for the Northeast
Even though we just kicked a system out of th
6 Feb 2023 3:55 AM
Flurries Fly in the Four Corners Into Monday
A wet Pacific system continues to move across
6 Feb 2023 12:30 AM
Impactful Sierra Snow Continues Into Sunday Night
After a few dry weeks in California, more sys
6 Feb 2023 12:25 AM
Blizzard Impacts For Northern Maine
Although the snow has cleared out, blowing sn
4 Feb 2023 6:00 PM
Life Threatening Cold in the Northeast Continues Saturday
The Northeast continues to experience some of
4 Feb 2023 2:30 PM