Snow in Southern California? Really.
Special Stories
18 Jan 2018 11:38 AM
A powerful storm system moving into the western United States will bring winter weather to parts of the Northwest but also to parts of the Southwest. In particular after fires, mudslides and floods, Southern California now has winter weather advisories that are already posted for high elevation and mountain areas around Los Angeles and San Diego. These advisories will become active on Friday and carry through into Saturday. 3 to 6 inches of snow is expected across some of the highest mountain locations in the region, especially north facing surfaces. Lighter amounts are expected at lower elevations, as low as 2,5oo feet. 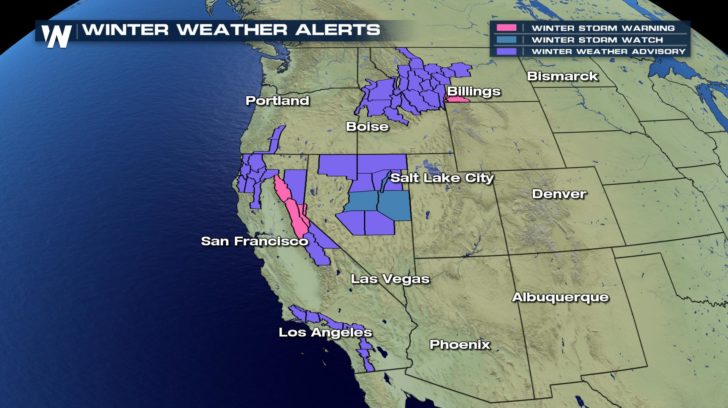 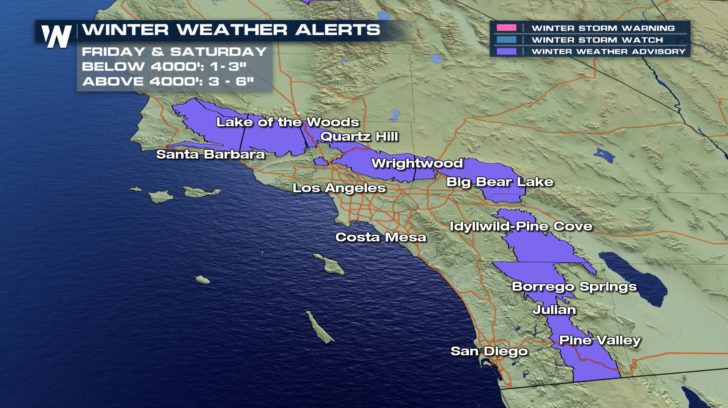 For WeatherNation, I am Meteorologist Marcus Walter.
All Weather News
Active Weather Returns to the Northwest
There has been a quieter streak across the Pa
1 Feb 2023 1:50 AM
Sub-Zero Temperatures Take Aim at the Northeast This Weekend
We have seen brutal cold through the central
1 Feb 2023 1:45 AM
Significant Icing for the Plains to the Ohio Valley
We have seen significant icing this week with
1 Feb 2023 1:40 AM
Flood Alerts Issued as Heavy Rain Returns to the Gulf this Week
GULF STATES - Another round of rainfall will
31 Jan 2023 11:25 PM
Brutal Cold Tuesday Morning Before Improvements Arrive
Arctic air from Canada has been grasping much
31 Jan 2023 3:15 PM
Winter Storm Warnings Issued Outside of LA, San Diego
The mountains of California are experiencing
30 Jan 2023 6:40 PM
Atmospheric Rivers Eradicate All of California's Extreme Drought Conditions
From December 26, 2022 to January 17, 2023 9
30 Jan 2023 10:00 AM