Drought Conditions Worsen in Vulnerable Areas
Special Stories
8 Mar 2018 1:52 PM
Several areas across the U.S. have been struggling with drought conditions over the last year. While some in the last six months have seen improvement, the latest update to the United States Drought Monitor did not fare well for vulnerable areas. For each of the following regions you will find a comparison between the February 27 and March 6 issuances of this product.

Several powerful storms created flooding conditions in the Mississippi Valley. However, the track of the storms veered away from southern Alabama, Georgia and South Carolina. Consequentially, the moderate drought expanded in these states and an area of Severe drought was added in Southeast Georgia. 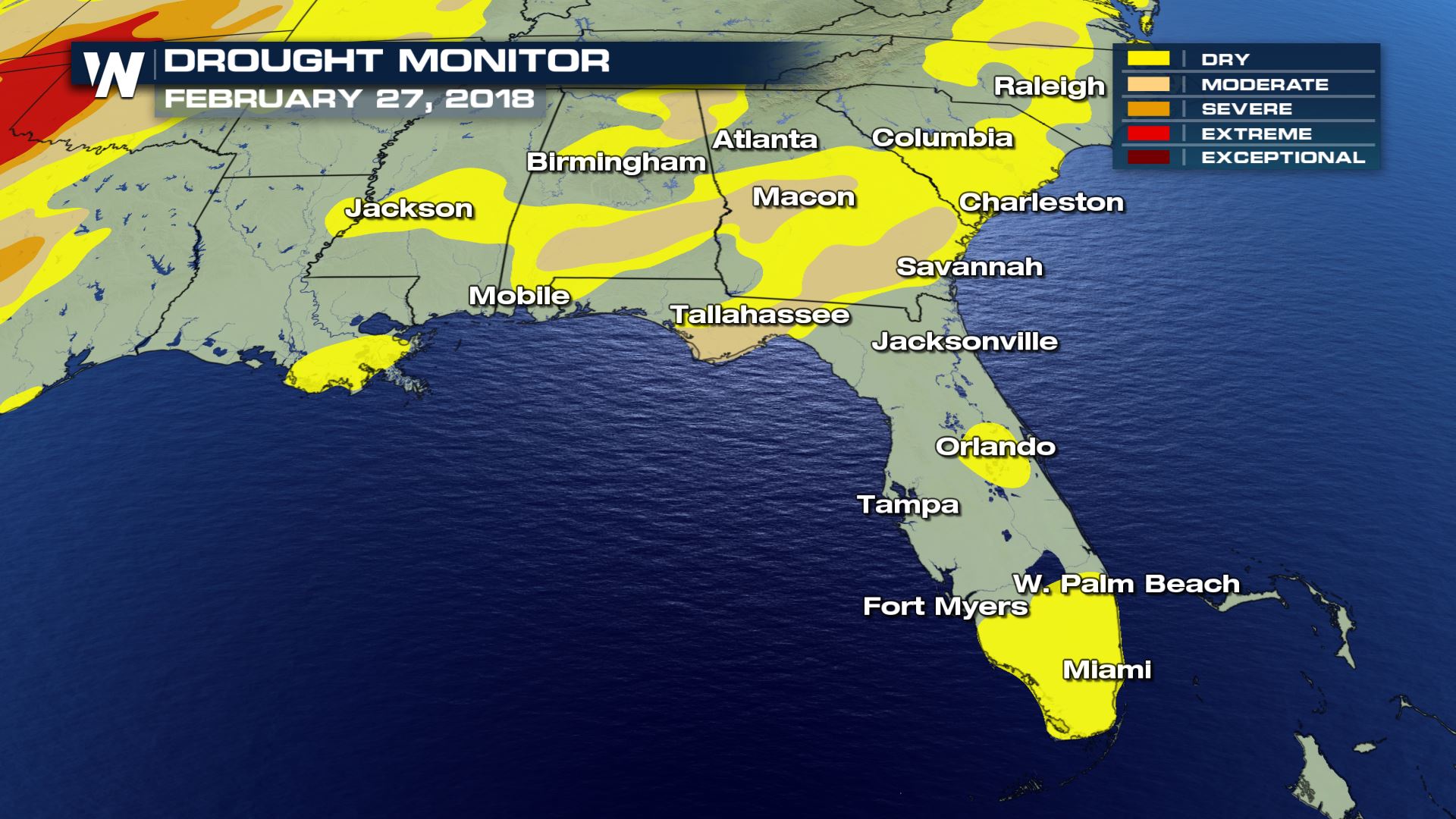 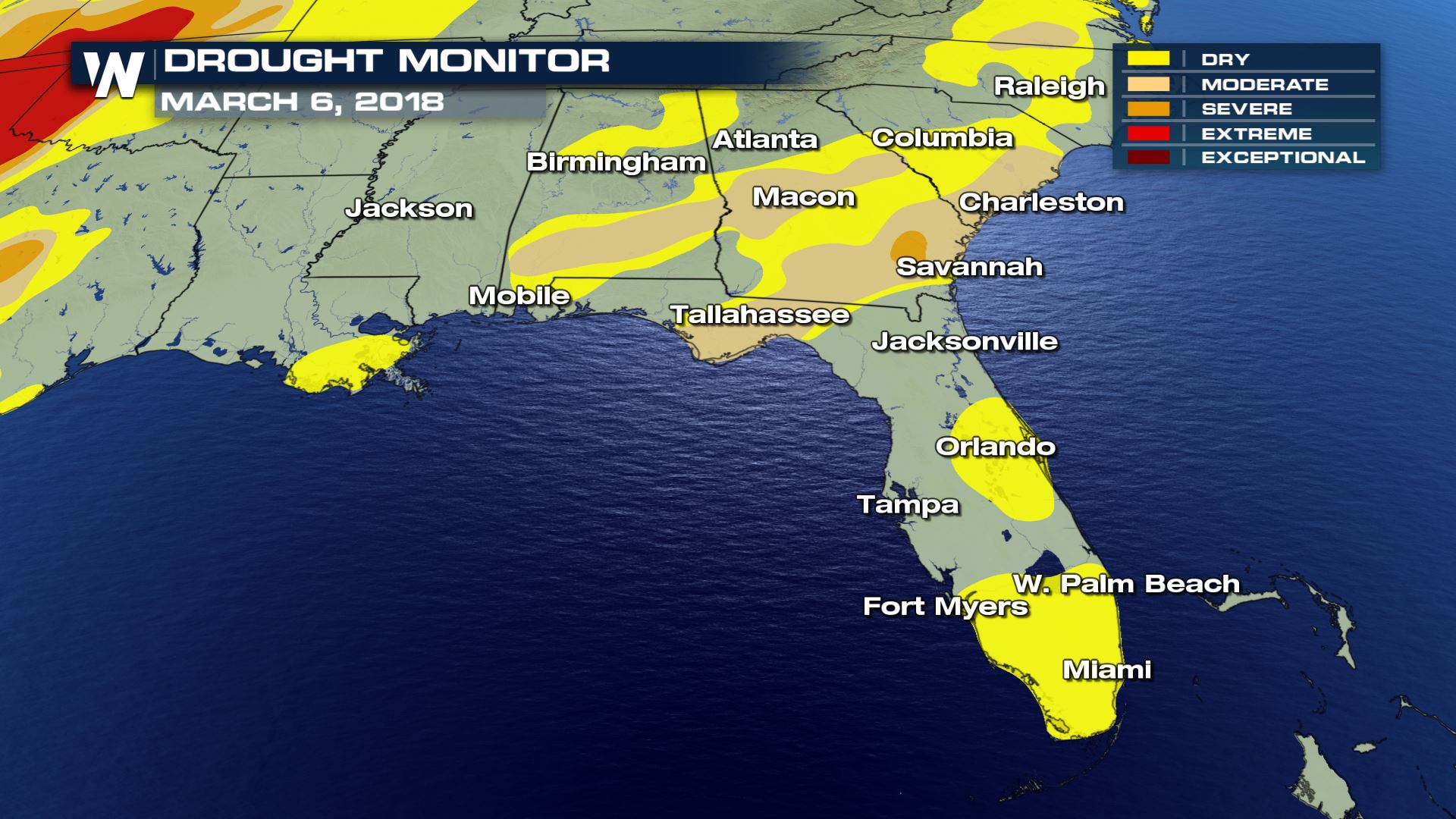 While slight improvements were made in Missouri, the panhandle region of Texas and Oklahoma saw an upgrade to exceptional drought. An assessment from the UNL United States Drought Monitor author Richard Tinker details the reason for expansion:

"[P]eriods of strong winds and low humidity led to broad deterioration from the Texas Panhandle and northeastern New Mexico northeastward into the central Plains. This resulted in broad D3 expansion across western sections of the Texas and Oklahoma Panhandles, and much of northeastern New Mexico. These areas received less than 10 percent of normal precipitation during the last 90 days and generally under half of normal precipitation since late autumn. Unirrigated winter wheat in the Texas Panhandle and adjoining areas is almost a total loss." 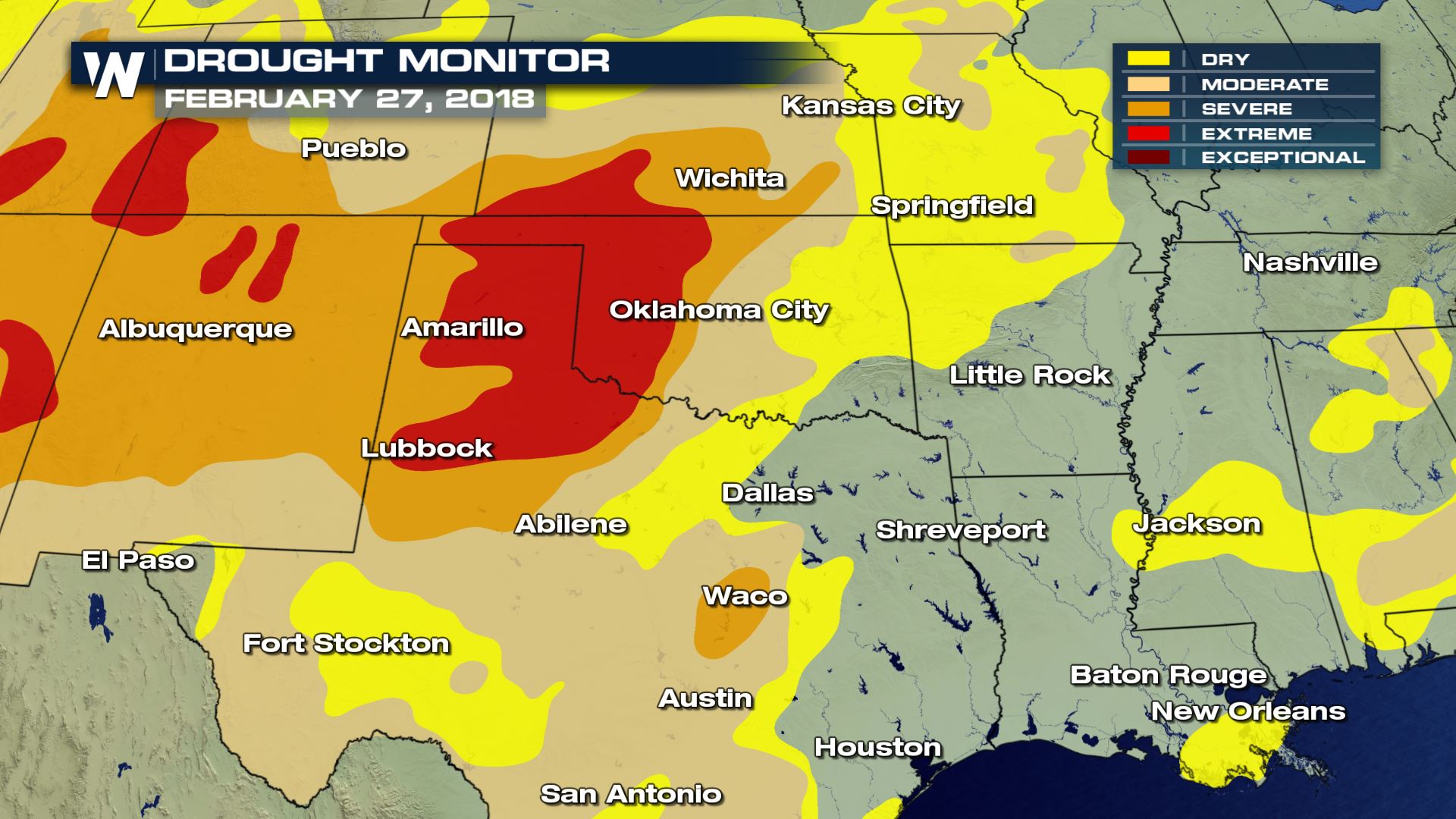 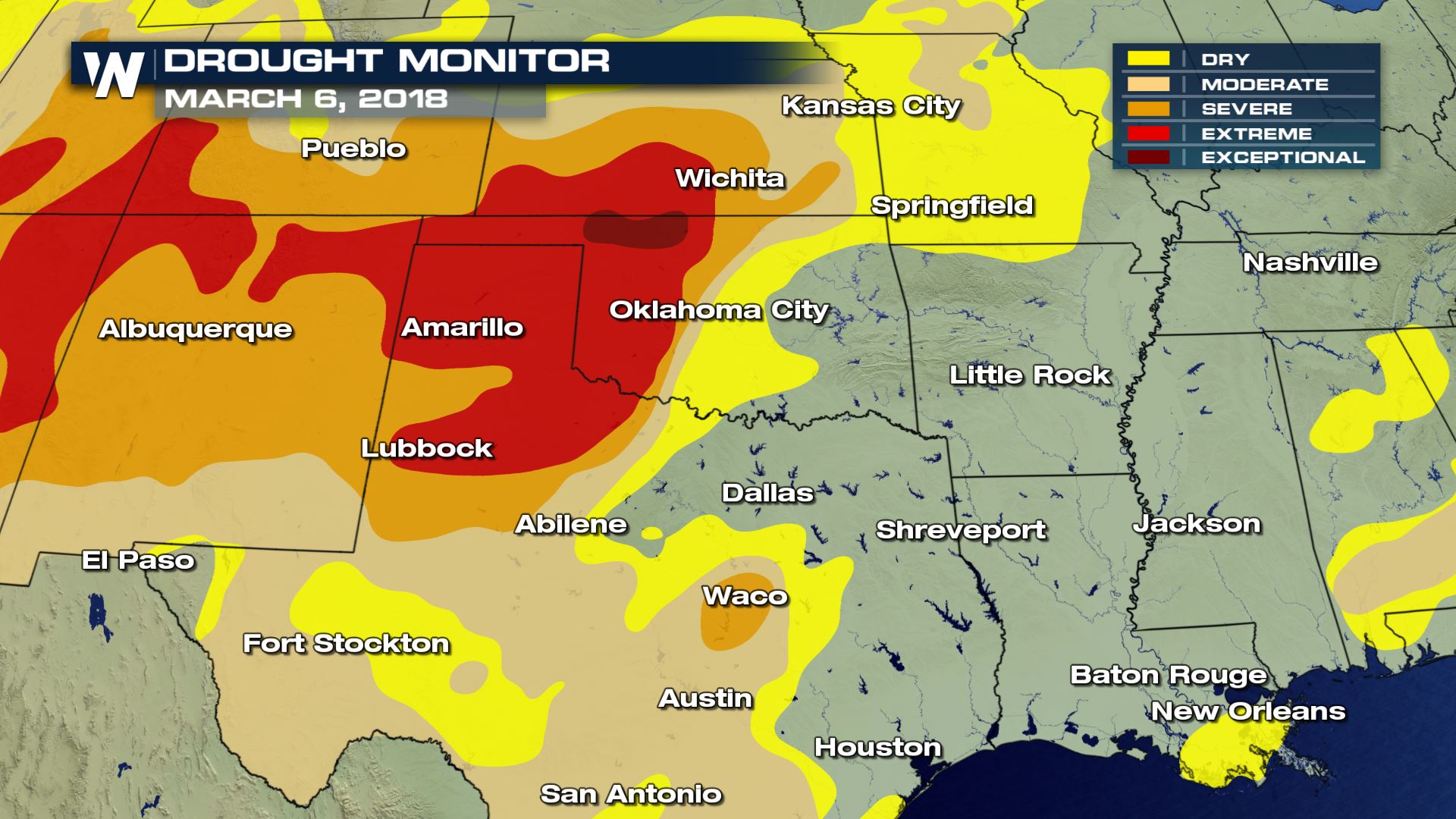 Reports of deteriorating livestock and rangeland conditions in Arizona have not only warranted an expansion of the severe drought, but also the extreme drought in northern parts of the state. Northern New Mexico fell prey to a similar change. Like the panhandle region, rainfall totals less than ten percent of average in the last 90 days has taken a toll. 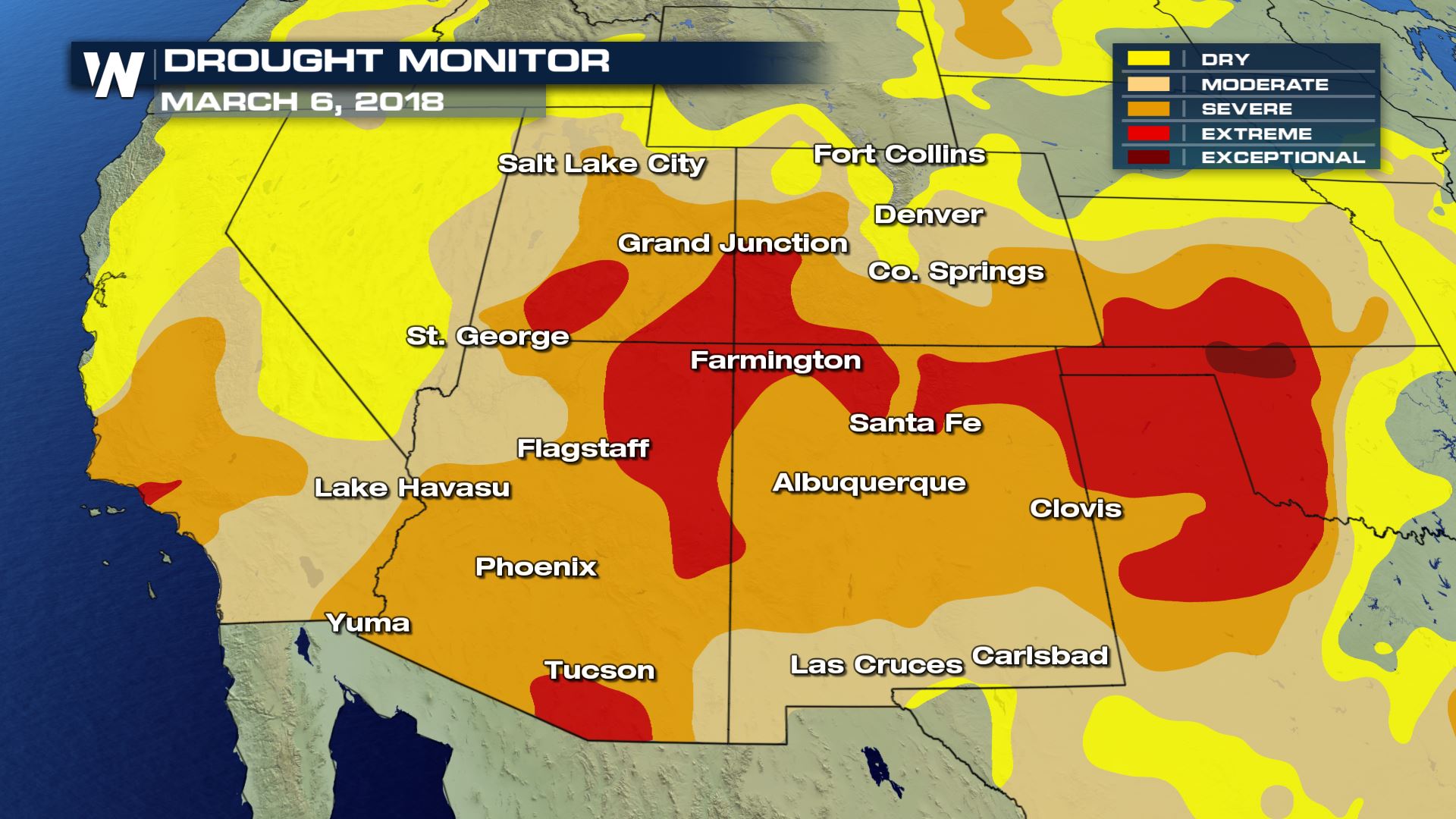 Despite a powerful storm bringing heavy snow to the Sierra Nevada, seasonal totals still remain below normal. Less than a quarter of an inch of moisture fell in parts of southern California, prompting the addition of extreme drought for parts of Ventura and Los Angeles counties. 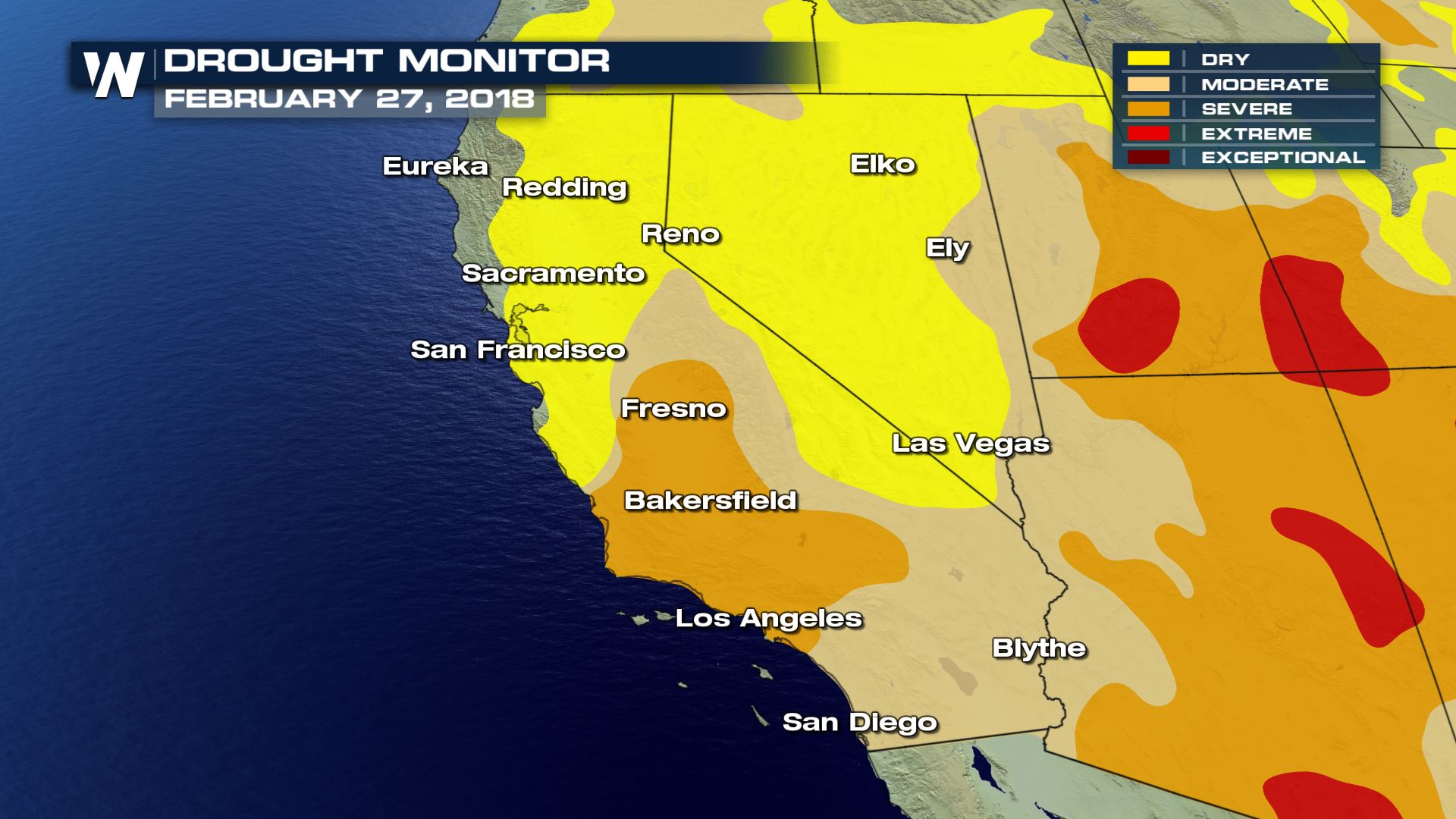 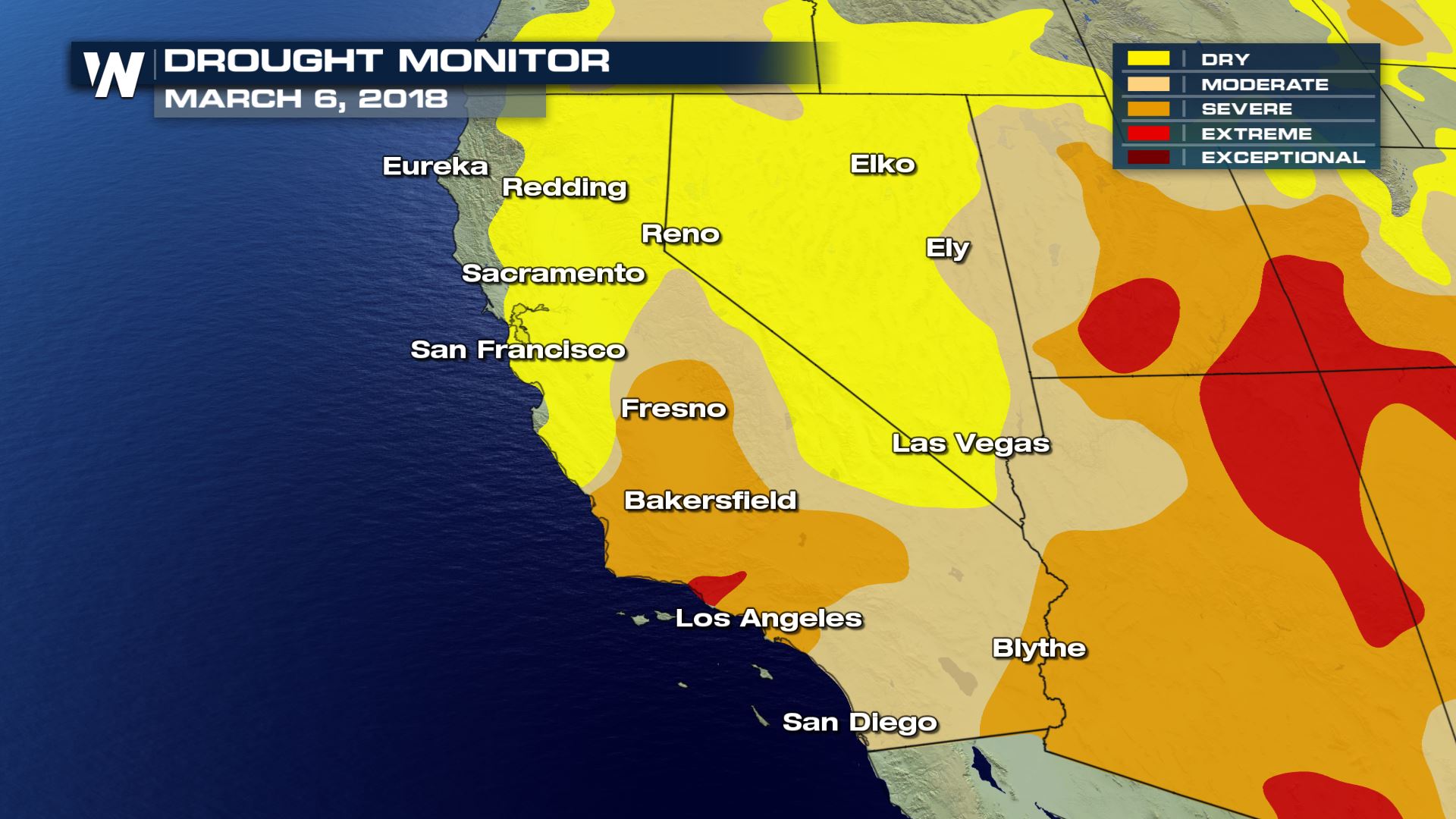 For WeatherNation, Meteorolgist Karissa Klos
All Weather News
Lake Effect and a Clipper System Combine to Bring Snow to the Northeast
OvernightA Lake Effect Snow Warning is in eff
2 Feb 2023 1:45 AM
Single Degree Highs Return to the High Plains Thursday
Arctic air from Canada has been grasping much
2 Feb 2023 12:35 AM
Sub-Zero Temperatures Take Aim at the Northeast This Weekend
We have seen brutal cold through the central
2 Feb 2023 12:05 AM
Flood Alerts Issued as Heavy Rain & Severe Weather Returns to the Gulf
GULF STATES - Another round of rainfall will
2 Feb 2023 12:00 AM
Significant Icing Event Causes Widespread Power Outages & Halts Travel Through the South
We have seen significant icing this week with
1 Feb 2023 11:50 PM
Active Weather Returns to the Northwest
There has been a quieter streak across the Pa
1 Feb 2023 6:05 PM
Winter Storm Warnings Issued Outside of LA, San Diego
The mountains of California are experiencing
30 Jan 2023 6:40 PM